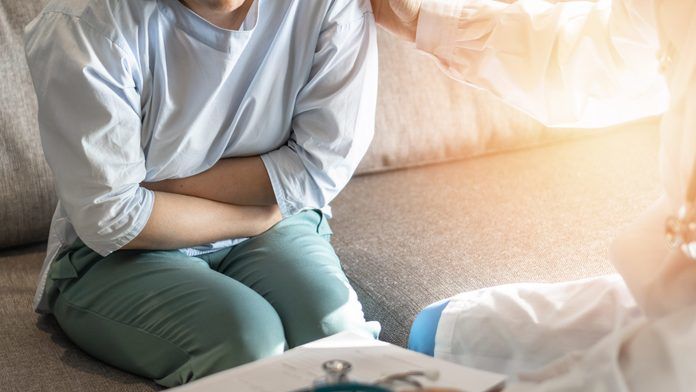 What to Know About Colorectal Cancer Symptoms, Treatment, and Prevention

Here's what to know about colon cancer symptoms and treatment, as well as how to prevent colorectal cancer with diet, exercise, and recommended cancer screenings, like colonoscopies.

There’s some encouraging news about colorectal cancer-rates of this often preventable cancer are going down overall. With better detection due to screenings with colonoscopies and other tests, as well as lifestyle changes that reduce the risk of this cancer, the incidence rate of new cases has declined by 1 percent each year between 2013 and 2017.

And even though the incidence-the number of new cases in a given time period-is declining overall, it’s actually rising in younger adults. From 2012 to 2016, the incidence rate increased in people under age 50 by 2 percent per year.

Exactly what’s responsible for the rise-perhaps it’s related to a change in the gut microbiome, a more sedentary lifestyle, diet, or inflammation-isn’t yet known, say Milena Gould Suarez, MD, a gastroenterologist and associate professor at Baylor College of Medicine in Houston.

To understand colorectal cancer, it helps to know that these cancers form in the large intestine, either in the colon, the longest portion of this muscular tube, or the rectum, the final 15 cm or 6 inches. In this part of the body, cells turn over rather quickly. This fast cell division that can lead to DNA mistakes that can lead to cancer.

“The lining of the intestine gets exchanged by the body on an almost weekly basis,” says colorectal surgeon David Liska, MD, director of the Center for Young-Onset Colorectal Cancer and director of the Weiss Center at Cleveland Clinic in Cleveland. “And because there is so much turnover, cells in the intestine are dividing constantly.”

While cells divide, mutations can sneak in. Eventually, these mutated cells can form into a polyp, which is a growth from a mucous membrane. In this case, the growth is located in the lining of the colon or rectum. Usually, these are benign, but if it’s not detected and removed, a polyp can grow into cancer.

About 30 to 50 percent of people over age 50 will have polyps, says Dr. Suarez. Only a small portion-maybe 10 percent, she says-progress to cancer. The fortunate news is that these polyps can take 10 to even 20 years to grow and develop into cancer, she says. One polyp is not the same as another, and some are more or less likely to grow into cancer.

Here are the three types of polyps:

Adenomatous polyps: These are considered pre-cancerous, as they can sometimes become cancer. Your doctor may let you know if within this type you have a tubular, villous, or tubulovillous polyp, which are the different growth patterns of the polyp.

Hyperplastic polyp and inflammatory polyp: These are common but usually not cancerous. If yours is rather large, your doctor may recommend getting a colonoscopy more often than the standard every 10 years.

Sessile serrated polyps and traditional serrated adenomas: These have a higher risk of being cancerous. Sessile are broad and flat polyps, while serrated have a “saw-tooth” appearance.

There are several risk factors for colorectal cancer, some of which are based on lifestyle factors, while others are out of your control. No matter where you fall, it’s important to keep colorectal cancer front of mind and take the steps to live a healthy lifestyle to reduce your risk.

About 5 to 10 percent of colorectal cancers are due to hereditary factors.

These are risk factors for colorectal cancer:

Age
Family history
Inherited disorders, such as Lynch syndrome, that increases risk of some cancers
History of cancer
Having inflammatory bowel disease (IBD)
A family history of colorectal cancer
Obesity
Smoking and alcohol use
Lack of exercise
Eating a lot of red and processed meats

How to prevent colorectal cancer

When it comes to colorectal cancer prevention, screening with the appropriate tests is the best thing you can do. (More on that later.) Screening tests are particularly effective at catching colorectal cancer at an early stage, increasing the likelihood of successful treatment.

However, certain daily habits-in particular, regular exercise, eating fruits and veggies, and avoiding smoking and alcohol-are known to help prevent colorectal cancer. With the increase in rates in younger adults, it’s even more important to double down on the healthy everyday habits that keep your bowel-and body-in good shape.

Experts recommend that you:

Get regular, daily exercise
Eat a diet packed with fruits, vegetables, and whole grains
Maintain a healthy weight, as overweight and obesity is linked to a higher risk
Avoid smoking
Avoid alcohol, but if you do drink, limit it to no more than two drinks a day for men and one drink per day for women
Avoid or limit processed meat

When to get colorectal cancer screening

Currently, the U.S. Preventive Services Task Force suggests screening for adults ages 50 to 75. Talk to your doctor about your personal risk, and the specific recommendations for when you should start screening-they may recommend starting before age 45, depending on your risk factors.

Everyone should follow their doctor’s guidance and the recommended screening intervals-regardless of your perceived risk. “You don’t have to have symptoms of colorectal cancer and you don’t necessarily have to have a family history,” Dr. Suarez says.

There are a few types of tests you can get to screen for colorectal cancer, according to the Task Force.

There are several types of stool tests, which are at-home tests that involve collecting a stool sample with a small brush or stick. You then send the sample to a lab for analysis.

The guaiac-based fecal occult blood test (gFOBT) uses a chemical called guaiac to look for blood in the stool. It’s done each year.
The fecal immunochemical test (FIT) uses antibodies to detect blood in the stool. It’s also done once a year.
The FIT-DNA test, or stool DNA test, is the FIT along with a test that looks for altered DNA in the stool. For this test, you send away an entire bowel movement to a lab to look for cancer cells. It’s repeated every three years.

A doctor uses a camera at the end of the tube to look for polyps or any problems. They can remove anything suspicious or take samples of questionable growths. This test is typically performed every 10 years.

Similar to a colonoscopy, this test uses a long, thin, flexible tube. It allows your doctor to look for polyps or cancer inside your rectum and lower third of your colon. It’s not as popular as other tests, like a colonoscopy, that show the entire colon.

This test is usually done every five years, or every 10 years if you have a FIT every year.

Also known as a virtual colonoscopy, this CT test uses X-rays to create computer images of the entire colon for the doctor to check for issues. The test is typically performed every five years.

Colorectal cancer often causes no symptoms at all, especially during the early stages. However, there are some signs and symptoms of colon cancer.

Keep in mind that these symptoms could be due to other causes completely unrelated to cancer. For example, blood in your stool can also be caused by a benign condition like hemorrhoids, although you should always get symptoms checked out.

During the later stages of colorectal cancer (stage 3 or 4), cancer could potentially spread to other nearby organs and cause the following symptoms:

If you are diagnosed with colon or rectal cancer, your doctor will tell you the stage of your cancer, which is an indication of the severity of the cancer, including whether or not the cancer has spread, or where it has spread to.

Colorectal cancers are given a stage of 0 to 4:

Your doctor will talk to you about your treatment options depending on the stage of colon cancer and your personal health history. Surgery is the most common treatment for colorectal cancer.

However, chemotherapy or radiation may be used before and/or after surgery. You may receive immunotherapy, which is a type of drug that helps your immune system fight cancer. Another option may be targeted therapy, which uses drugs to target specific cancer cells.

If you can’t have surgery, your doctor may talk to you about radiofrequency ablation (a procedure that uses a probe with tiny electrodes) or cryosurgery (which destroys cancerous tissue by freezing).

When detected early, the 5-year survival rate is 90 percent, notes the American Society of Clinical Oncology. Even if cancer has advanced to spread to nearby organs or tissues, the survival rate is 71 percent.