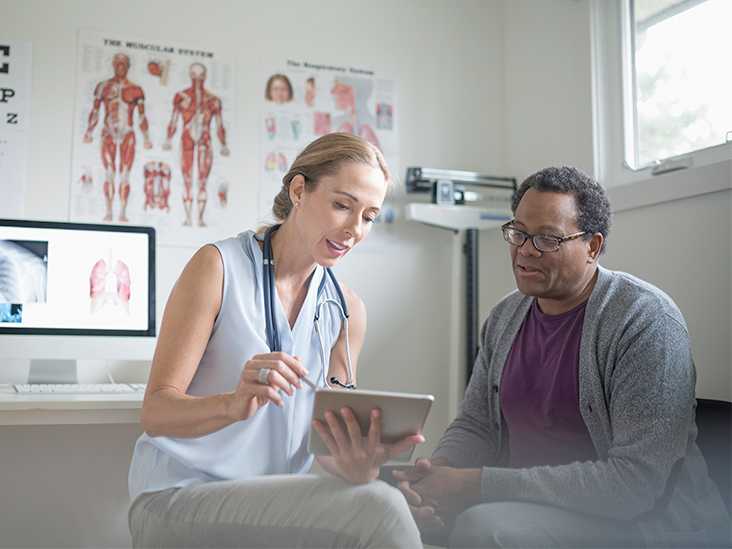 The Best Way to Give Feedback to Your Doctor?

It’s not just about feelings. When physicians fail to show patients compassion, it can have a big impact on their mental and physical health.

Have you ever left a comment about your doctor on a physician rating website? It’s likely gone unread.

It’s possible your doctor either doesn’t know the site exists or isn’t interested.

That’s the conclusion of a recently released study in the Journal of Health Services Research & Policy that surveyed 1,001 registered doctors in primary and secondary care and 749 nurses and midwives in the United Kingdom. Researchers examined the experience and attitude that physicians and nurse had toward websites that allow patient feedback. They found that about 27 percent of doctors and 21 percent of nurses were aware of feedback about them as an individual specifically.

“We saw a lack of awareness from healthcare professionals of when feedback had been left about the care they delivered, whether as an individual or team,” said Helen Atherton, one of the authors of the study and an associate professor in primary care research at England’s Warwick Medical School. “Overall, awareness and use by doctors is low.”

What does this mean for patients?

“Additionally, the rising popularity of social media means patients are choosing to share their views on their healthcare experiences via these channels,” she said. “Until now there had been no exploration of what health professionals think about this feedback and whether they utilize it.”

What the U.K. study meant for physicians in the United States was unclear, Atherton said, but it raises questions that can be asked of other health systems where there’s an assumption that online feedback isn’t only useful, but is used to make care better.

The answers to those questions are mixed, say researchers in the United States.

Some researchers say the feedback can help improve patient experience, but not care. Others say that if the feedback were collected better, then patient care would improve.

A study published in the Journal of the American Medical Association (JAMA)Trusted Source in 2017 found that the number of physician reviews online appear to be increasing, but there were many limitations, including a scarce number of reviews on those sites, authors of the study found.

“The increase in number of reviews that we observed was not meaningful; most physicians in 2016 still had no more than one review on any site,” according to the authors.

The research only looked at a small sample size, but concluded that the results still showed, “It is difficult for a prospective patient to find (for any given physician on any commercial physician-rating website) a quantity of reviews that would accurately relay the experience of care with that physician.”

How to give feedback to your physician

Overall, physicians may not be talking about feedback with patients, said Dr. Amy Mullins, the medical director of quality improvement for the American Academy of Family Physicians. But patients receive a satisfaction survey in the mail or online. Those should be filled, she added.

“These are important vehicles for feedback collection, and patient experience measures are being used more and more in value-based payment arrangements,” Mullins said of the surveys.

She also said if a patient wants to give feedback on their care, positive or negative, they have a right to do so.

“Many physicians perceive that most patients leave feedback when they are unhappy with their care,” Mullins said. “This may or may not be true. Online feedback may improve patient experience, but it likely does not improve patient care.”

“It helps us to continually improve our patient experience and the quality of our services,” Jenrette said, of the surveys sent to patients after appointments.

But if physicians aren’t reading online comments are they reading your emails?

Some experts say emails to the doctor work best. Other hospitals even allow texts. But it’s best just to ask during the appointment, Mullins said.

“It depends on the office,” Mullins said. “Many offices use email frequently and efficiently. Others still rely on the phone. It is best to check with your physician and their office to determine the best method of communication.”