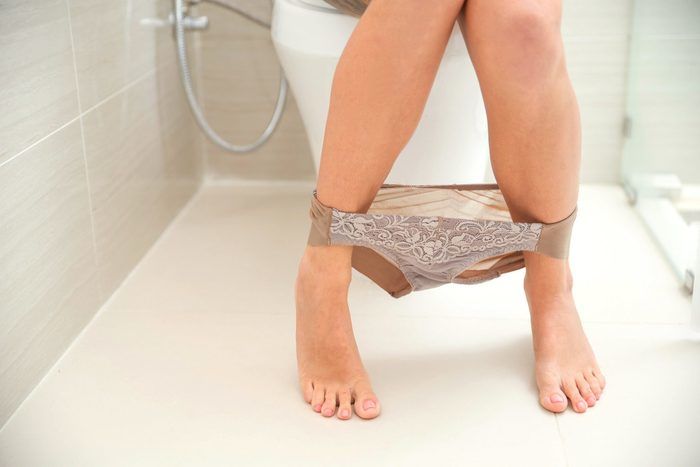 Should You Always Pee After Sex? Here’s What Gynecologists Say

Is peeing after sex really that important? Two gynecologists explain the potential benefits-like preventing UTIs-and what the practice can't do.

Some people like to cuddle after sex. Some want to shower or fall right asleep. Others may even cry. But one thing all women should do is pee after sex … right? You’ve probably heard the recommendation before. But is this a crucial vagina health tip or just an old wive’s tale? We spoke with doctors to get the lowdown.

What does peeing after sex do?

The main benefit is potentially cleansing any bacteria away. While there are some possible benefits to a post-sex pee, there are definitely some myths surrounding the practice.

Does it prevent UTIs?

Women who are prone to urinary tract infections (UTIs) may believe that the practice can help. Uncomfortable UTI symptoms include burning or pain while peeing, frequent or urgent urination, cloudy urine, and leaks. Bottom line: you want to avoid them. Gynecologist Alyssa Dweck, MD, co-author of V is for Vagina, and Mary Jane Minkin, MD, clinical professor of obstetrics and gynecology at Yale School of Medicine, say it’s all related to anatomy. A woman’s urethra, vagina, and anal area are within close proximity to each other. “The urethra, which is the tube from the bladder to the outside in women, is very short and sits right next to the vagina, which is loaded with bacteria,” Dr. Minkin says.

Another reason some experts associate sex with UTIs is because penetration may put pressure on the urethra. This irritation may force bacteria into the urethra towards the bladder, raising the likelihood of infection. In fact, people who go on their honeymoon and have lots of intercourse sometimes get sexually associated UTIs or “honeymoon cystitis,” inflammation of the bladder. Taking a pee may mechanically cleanse the bacteria away. So for women who are prone to UTIs, it’s a good habit and an easy effort that’ll help prevent infection, says Dr. Dweck.

What does the research say?

One study in the Eastern Mediterranean Health Journal found that pregnant women who usually urinated within 15 minutes of sex had a lower likelihood of developing a UTI than women who did not urinate afterward. Dr. Minkin notes, that other studies have found no such connection. However, no research indicates that it raises the risk of UTIs, so consider it potentially protective: If hitting the bathroom helps you avoid UTIs, great; if it doesn’t, no harm done.
Reoccurring UTIs

If you have reoccurring UTIs, get in touch with your doctor-don’t expect peeing after sex to address your problem. There are medical measures that can help.

(Related: 9 Totally Not Weird Questions You Should Ask Your Gynecologist)

“That is 1,000 percent false,” Dr. Dweck says. It’s among the worst pieces of health advice gynecologists have heard. “When you urinate, your urine comes out of your urethra,” she says. “The vagina is where sperm gets deposited to create a pregnancy. These are two completely separate holes, and urinating is not going to flush out sperm from the internal vagina.”

Does peeing after sex prevent STIs?

Again, absolutely not: This isn’t a solution or a recommended way to prevent sexually transmitted infections (STIs) or other infections, Dr. Dweck says. If you’re sexually active, use protection, get tested regularly, and follow the instructions and recommendations of your doctor.

If you don’t normally pee after sex, should you start?

Although the habit could be helpful, it’s not an urgent medical recommendation for everybody. “We’re not trying to mechanicalize sex into this overwhelming medical experience,” Dr. Dweck says. Dr. Minkin agrees, saying that at the very least it can’t hurt. Again, if you have reoccurring UTIs, talk to your doctor-peeing after sex is not the first line of defense.

Dr. Dweck says once someone has a bad UTI, they often remember to pee after sex because the infection is so uncomfortable, they’ll take easy, preventive measures over an infection any day. And, no, you don’t need to make a beeline for the bathroom the minute sex ends. Just pee in a reasonable time frame before you go to sleep.