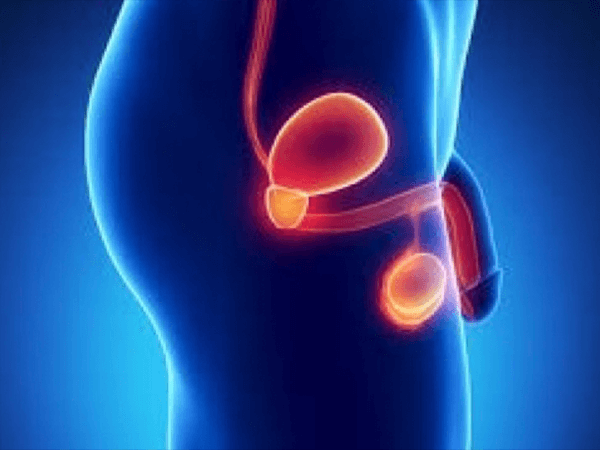 Penis Disorders: Get Facts about Causes and Symptoms

There are two primary disorders that affect the male reproductive external organs. These include penis disorders and testicular disorders. Disorders of the penis and testes can affect a man's sexual functioning and fertility.

What disorders affect the penis?

Some disorders that affect the penis include priapism, Peyronie's disease , balanitis, phimosis, paraphimosis, and penile cancer .

Priapism is a persistent, often painful erection lasting more than 4 hours in duration. The priapism erection is not associated with sexual activity and is not relieved by orgasm. It occurs when blood flows into the penis but is not adequately drained.

Common causes of priapism include:

How is priapism treated?

Treatment for priapism is a medical emergency, because a prolonged erection can scar the penis and result in a long term complication of erectile dysfunction if if not treated. The goal of treatment is to relieve the erection and preserve normal penile function. In most cases, treatment involves draining the blood using a needle placed in the side of the penis. Medications that help shrink blood vessels, which decreases blood flow to the penis, also may be used. In rare cases, surgery may be required to avoid permanent damage to the penis. If the condition is due to sickle cell disease, a blood transfusion may be necessary. Treating any underlying medical condition or substance abuse problem is important to preventing priapism.

What is Peyronie's disease?

Peyronie's disease is a condition in which a plaque, or hard lump, forms on the penis. The plaque may develop on the upper (more common) or lower side of the penis, in the layers that contain erectile tissue. The plaque often begins as a localized area of irritation and swelling (inflammation), and can develop into a hardened scar. The scarring reduces the elasticity of the penis in the area affected.

Peyronie's disease can occur in a mild form that heals without treatment in 6 -18 months. In these cases, the problem does not progress past the inflammation phase. In severe cases, the disease can be permanent. The hardened plaque reduces flexibility, causing pain and forcing the penis to bend or arc during erection.

In addition to the bending of the penis, Peyronie's disease can cause general pain as well as painful erections. It also can cause emotional distress, and affect a man's desire and ability to function during sex.

Vasculitis: This is an inflammation of blood or lymphatic vessels. This inflammation can lead to the formation of scar tissue.
Connective tissue disorders: According to the National Institutes of Health, about 30% of men with Peyronie's disease also develop disorders that affect the connective tissue in other parts of their bodies, such as the hands and feet. These conditions generally cause a thickening or hardening of the connective tissue. Connective tissue is specialized tissue -- such as cartilage, bone, and skin -- that acts to support other body tissues.
Heredity: Some studies suggest that a man who has a relative with Peyronie's disease is at greater risk for developing the disease himself.

How is Peyronie's disease treated?

There are two ways in which Peyronie's disease can be treated: surgery or non-surgical treatment.

Because the plaque of Peyronie's disease often shrinks or disappears without treatment, most doctors suggest waiting one to two years or longer before attempting to correct it with surgery. In many cases, surgery produces positive results. But because complications can occur, and because many of the problems associated with Peyronie's disease (for example, shortening of the penis) are not corrected by surgery, most doctors prefer to perform surgery only on men with curvatures so severe that sexual intercourse is impossible.

There are two surgical techniques used to treat Peyronie's disease. One method involves the removal of the plaque followed by placement of a patch of skin or artificial material (skin graft). With the second technique, the surgeon removes or pinches the tissue from the side of the penis opposite the plaque, which cancels out the bending effect. The first method can involve partial loss of erectile function, especially rigidity. The second method, known as the Nesbit procedure, causes a shortening of the erect penis.

Penile implants can be used in cases where Peyronie's disease has affected the man's ability to achieve or maintain an erection.

A non-surgical treatment for Peyronie's disease involves injecting medication directly into the plaque in an attempt to soften the affected tissue, decrease the pain, and correct the curvature of the penis. Vitamin E pills haves also been shown to benefit some men with Peyronie's disease.

Another, less invasive option is laser treatment to thin the plaques of Peyronie's disease.

Balanitis most often occurs in men and boys who have not been circumcised (had their foreskin surgically removed), and who have poor hygiene. Inflammation can occur if the sensitive skin under the foreskin is not washed regularly, allowing sweat, debris, dead skin and bacteria to collect under the foreskin and cause irritation. The presence of tight foreskin may make it difficult to keep this area clean and can lead to irritation by a foul-smelling substance (smegma) that can accumulate under the foreskin.

Other causes of balanitis may include:

Dermatitis/Allergy: Dermatitis is an inflammation of the skin, often caused by an irritating substance or a contact allergy. Sensitivity to chemicals in certain products - such as soaps, detergents, perfumes and spermicides - can cause an allergic reaction, including irritation, itching, and a rash.
Infection: Infection with the yeast candida albicans (thrush) can result in an itchy, spotty rash. Certain sexually transmitted diseases - including gonorrhea, herpes and syphilis - can produce symptoms of balanitis.

In addition, men with diabetes are at greater risk for balanitis. Glucose (sugar) in the urine that is trapped under the foreskin serves as a breeding ground for bacteria.

How Is balanitis treated?

Treatment for balanitis depends on the underlying cause. If there is an infection, treatment will include an appropriate antibiotic or antifungal medication. In cases of severe or persistent inflammation, a circumcision may be recommended.

Taking appropriate hygiene measures can help prevent future bouts of balanitis, such as retracting the foreskin daily and adequately cleaning and drying the head of the penis. In addition, it is important to avoid strong soaps or chemicals, especially those known to cause a skin reaction.

Phimosis is a condition in which the foreskin of the penis is so tight that it cannot be pulled back (retracted) to reveal the head of the penis.

Phimosis, which is seen most often in children, may be present at birth. It also can be caused by an infection, or by scar tissue that formed as a result of injury or chronic inflammation. Another cause of phimosis is balanitis, which leads to scarring and tightness of the foreskin. Immediate medical attention is necessary if the condition makes urination difficult or impossible.

How is phimosis treated?

Treatment of phimosis may include gentle, manual stretching of the foreskin over a period of time. Sometimes, the foreskin can be loosened with medication applied to the penis. Circumcision, the surgical removal of the foreskin, often is used to treat phimosis. Another surgical procedure, called preputioplasty, involves separating the foreskin from the glans (head of the penis). This procedure preserves the foreskin and is less traumatic than circumcision.

Paraphimosis occurs when the foreskin, once retracted, cannot return to its original location. It is a medical emergency that can cause serious complications if not treated.

How is paraphimosis treated?

Treatment of paraphimosis focuses on reducing the swelling of the glans and foreskin. Applying ice may help reduce swelling, as may applying pressure to the glans to force out blood and fluid. If these measures fail to reduce swelling and allow the foreskin to return to its normal position, an injection of medication to help drain the penis may be necessary. In severe cases, a surgeon may make small cuts in the foreskin to release it. Circumcision also may be used as a treatment for paraphimosis.

What is penile cancer?

Penile cancer is a rare form of cancer that occurs when abnormal cells in the penis divide and grow uncontrolled. Certain benign (non-cancerous) tumors may progress and become cancer.

The exact cause of penile cancer is not known, but there are certain risk factors for the disease. A risk factor is anything that increases a person's chance of getting a disease. The risk factors for cancer of the penis may include the following:

Smoking: Smoking exposes the body to many cancer-causing chemicals that affect more than the lungs.
Smegma: Oily secretions from the skin can accumulate under the foreskin of the penis. The result is a thick, bad-smelling substance called smegma. If the penis is not cleaned thoroughly, the presence of smegma can cause irritation and inflammation.

Phimosis: This is a condition in which the foreskin becomes constricted and difficult to retract.
Treatment for psoriasis: The skin disease psoriasis is sometimes treated with a combination of medication and exposure to ultraviolet light, which may increase a person's risk for penile cancer.
Age: Over half of penile cancer occur in men over age 68.

What are the symptoms of penile cancer?

Symptoms of penile cancer include growths or sores on the penis, abnormal discharge from the penis, and bleeding.

What treatments are given for penile cancer?

Surgery to remove the cancer is the most common treatment for penile cancer. A doctor may take out the cancer using one of the following operations:

Radiation, which uses high-energy rays to attack cancer, and chemotherapy, which uses drugs to kill cancer, are other treatment options.