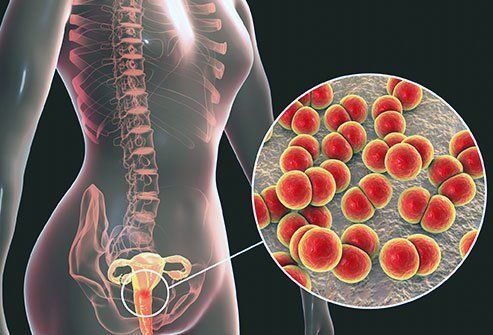 Pelvic inflammatory disease (PID) is an infection of a woman's reproductive organs. Usually PID is caused by bacteria from sexually transmitted infections (STIs). Sometimes PID is caused by normal bacteria found in the vagina. If left untreated, PID can cause problems getting pregnant, problems during pregnancy, and long-term pelvic pain.

How common is pelvic inflammatory disease?

Each year in the United States, more than 1 million women have an episode of PID. More than 100,000 women become infertile each year because of PID. Also, many ectopic pregnancies that occur are due to problems from PID.

Are some women more likely to get pelvic inflammatory disease?

PID affects about 5 percent of women in the United States. Your risk for PID is higher if you:

Have had an STI
Have had PID before
Are younger than 25 and have sex. PID is most common in women 15 to 24 years old.
Have more than one sex partner or have a partner who has multiple sexual partners
Douche. Douching can push bacteria into the reproductive organs and cause PID. Douching can also hide the signs of PID
Recently had an intrauterine device (IUD) inserted. The risk of PID is higher for the first few weeks only after insertion of an IUD. PID is rare after that time period. Getting tested for STIs before the IUD is inserted lowers your risk for PID.

What is the treatment for pelvic inflammatory disease?

To learn about STIs or get tested, contact your doctor, local health department, or an STI and family planning clinic. The American Social Health Association (ASHA) keeps lists of clinics and doctors who provide treatment for STIs. Call ASHA at 800-227-8922. You can get information from the phone line without leaving your name.

How can I keep myself from getting PID?

The steps work best when used together. No single step can protect you from every single type of STI.

Use condoms. Condoms are the best way to prevent STIs when you have sex. Because a man does not need to ejaculate (come) to give or get STIs, make sure to put the condom on before the penis touches the vagina, mouth, or anus. Other methods of birth control, such as birth control pills, shots, implants, or diaphragms, will not protect you from STIs.
Get tested. Be sure you and your partner are tested for STIs. Talk to each other about the test results before you have sex.
Be monogamous. Having sex with just one partner can lower your risk for STIs. After being tested for STIs, be faithful to each other. That means that you have sex only with each other and no one else.
Limit your number of sex partners. Your risk of getting STIs goes up with the number of partners you have.
Do not douche. Douching removes some of the normal bacteria in the vagina that protect you from infection. Douching may also raise your risk for PID by helping bacteria travel to other areas, like your uterus, ovaries, and fallopian tubes.
Do not abuse alcohol or drugs. Drinking too much alcohol or using drugs increases risky behavior and may put you at risk of sexual assault and possible exposure to STIs.