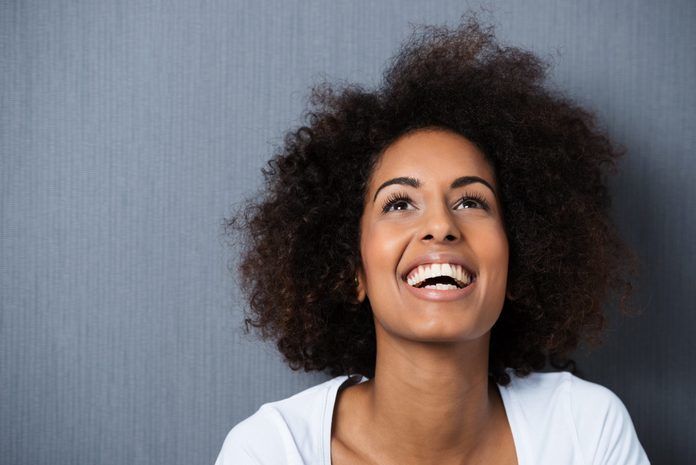 Not an Introvert or an Extrovert? 8 Signs You Could Be an Ambivert

Ambiverts fall between introverts and extroverts, and that comes with advantages-and some disadvantages as well.

You probably know what extroverts and introverts are, but there’s a third type of personality: the ambivert. Think of ambiverts as a mix between the two-they’re not as outgoing as extroverts or as quiet as introverts.

“When you look at the continuum from introversion to extroversion, it looks like a curve and bulges in the middle,” says Laurie Helgoe, PhD, a clinical psychologist and the author of Introvert Power: Why Your Inner Life Is Your Hidden Strength. “Most people live in the middle, and the ones who really don’t seem to lean over one side or the other and kind of draw from both orientations are considered ambiverts.”

A good way to find out where you fall on the spectrum is by asking what you do when you’re tired at the end of the day, says Helgoe. Do you seek out stimulation, such as by getting together with friends, heading to a club, or going to a party? Or do you turn inward, such as by going for a walk alone? Your answer will give you a clue as to your personality type.

“Extroverts enjoy stimulation-it lights up their brains with dopamine,” says Karl Moore, PhD, an associate professor of strategy and organization at McGill University in Montreal, Canada, who’s writing a book about ambiverts. “Introverts love people, love stimulation, but at a certain point, they tip over and go, ‘Enough of that. I need my own alone time.'” Genuine ambiverts, on the other hand, are more likely to say their need to recharge depends on what kind of mood they’re in, says Helgoe.

Even babies show signs of responding differently to stimulation, and that’s because it may be hardwired in us. “An introvert’s brain, when exposed to external stimulation, registers more activity. There’s just more processing internally,” explains Helgoe, who is also an associate professor of behavioral sciences at Ross University School of Medicine in Barbados. “An introvert is more likely to kind of go inward and try to process all the information.”

An extrovert’s brain also reacts to that external stimulation, but in a different way: “For an extrovert, there are specific areas of the brain that have to do with seeking rewards in the external environment,” she says. “So in a way, an extrovert gets stimulated to engage more.”

You can stay on track

Ambiverts don’t seem to be as distracted by external stimuli. Malaysian researchers found that when they hooked ambiverts up to electrodes to measure their brain response, they found they were better able than extroverts to stay focused on tasks, as judged by the more powerful response in the front areas of their brains.

If you’re an ambivert, you can act like an introvert and an extrovert, says Moore. After studying executive-level managers, Moore has found that savvy bosses learn to embrace their inner ambivert-chatting up their employees while riding in the elevator, say, and listening carefully to their ideas in meetings instead of talking over them.

True ambiverts do this naturally, he explains. They know how to be outgoing when circumstances demand it (like knowing the right things to say on date nights) and when to be quiet and listen carefully. “So there’s a bit of a back and forth, but they have that flexibility,” Moore notes.

Ambiverts also find it easier to adjust to a variety of people, says Helgoe. “Being an ambivert doesn’t automatically mean that you have emotional intelligence or social skills,” she says. “But there is that ability to adjust-like maybe to step back and listen a little bit more and be more comfortable with that.”

One of the few studies on ambiverts found that they made better salespeople, racking up more money than introverts or extroverts. Here’s why, says Moore: “Before I tell you I’ve got something that you need, I’ve listened to what you’re looking for. Then I move into being an extrovert, and I’m excited about my product and how it makes your life better. So a good salesperson both has to listen-introvert-and then be enthusiastic-extrovert.”

You know when to speak up

Introverts only speak up in public when they’ve connected the dots, says Moore, and they don’t jump to conclusions as extroverts do. “Now, there are some negatives that go with that,” Moore says. “One is a paralysis by analysis.” That’s not you, ambivert. You’re more inclined to share your ideas, even though you won’t air them all the way extroverts do. And you know when to shut up, which extroverts have to work hard at, says Moore. Bottom line: You have an easier time expressing yourself, engaging both interactively and passively, says Helgoe. Of course, it’s not all gold stars and good-for-yous: Being so adaptable has its drawbacks, say experts.

“Carl Jung, for example, thought that ambiverts expend more energy because they don’t have a home base,” says Helgoe. By knowing themselves, introverts, for instance, can easily decide to skip an event because they know parties and small talk don’t generally work for them. An ambivert may be more inclined to waffle. “So it might take more energy to really decide what to do,” says Helgoe.

Your strengths aren’t as strong

“In their better moments, ambiverts are more thoughtful and better listeners, but they aren’t as strong as a real introvert,” says Moore. And your people skills may not be as finely tuned as an extrovert’s either.

You may lack direction

Being so flexible and easygoing gives you a wider range of choices, says Helgoe, especially if you’re self-aware (more on that later). But all that freedom might be overwhelming, leading you to lose direction. The result: you can become indecisive.

“One time you’re like this, and the next time, you’re like that,” says Moore, adding that your flip-flopping can confuse other people-and yourself. For example, people know Moore is an extrovert, so if they happen to find him sitting by himself, they assume he’s sick. “That’s predictable behavior,” he says. Ambiverts have to explain themselves by saying, “‘Oh, I’m actually an ambivert. So sometimes I’ll be like an introvert; other times, like an extrovert. And I’m not entirely sure when I do it,'” Moore notes.

The key: knowing yourself

“Ambiverts who are very self-aware can actually really match situations well with what their energies and needs are,” says Helgoe. “Maybe some ambiverts really like certain kinds of stimulation, or they know that ‘I hate public speaking, but I like spontaneous large-group discussions.’ They know the varieties of extroversion and of introversion that they like.”

So how do you gain self-awareness? You can take personality tests that help you spot your patterns. “That would help you be aware that, as a general rule, you like things toned down or revved up more,” says Helgoe. Maybe you don’t have a general rule, but even knowing that is helpful, she says.

If you switch back and forth between introversion and extroversion, you need to become more sensitive to what works for you, and when. Keeping a journal is a way to check in with yourself and track your thoughts, Helgoe says. “Noticing how things work for you when you engage more out of extroversion or out of introversion is going to help you get more of what you want,” she says. That’s a lesson everyone can learn, whether you’re an ambivert, introvert, or extrovert.