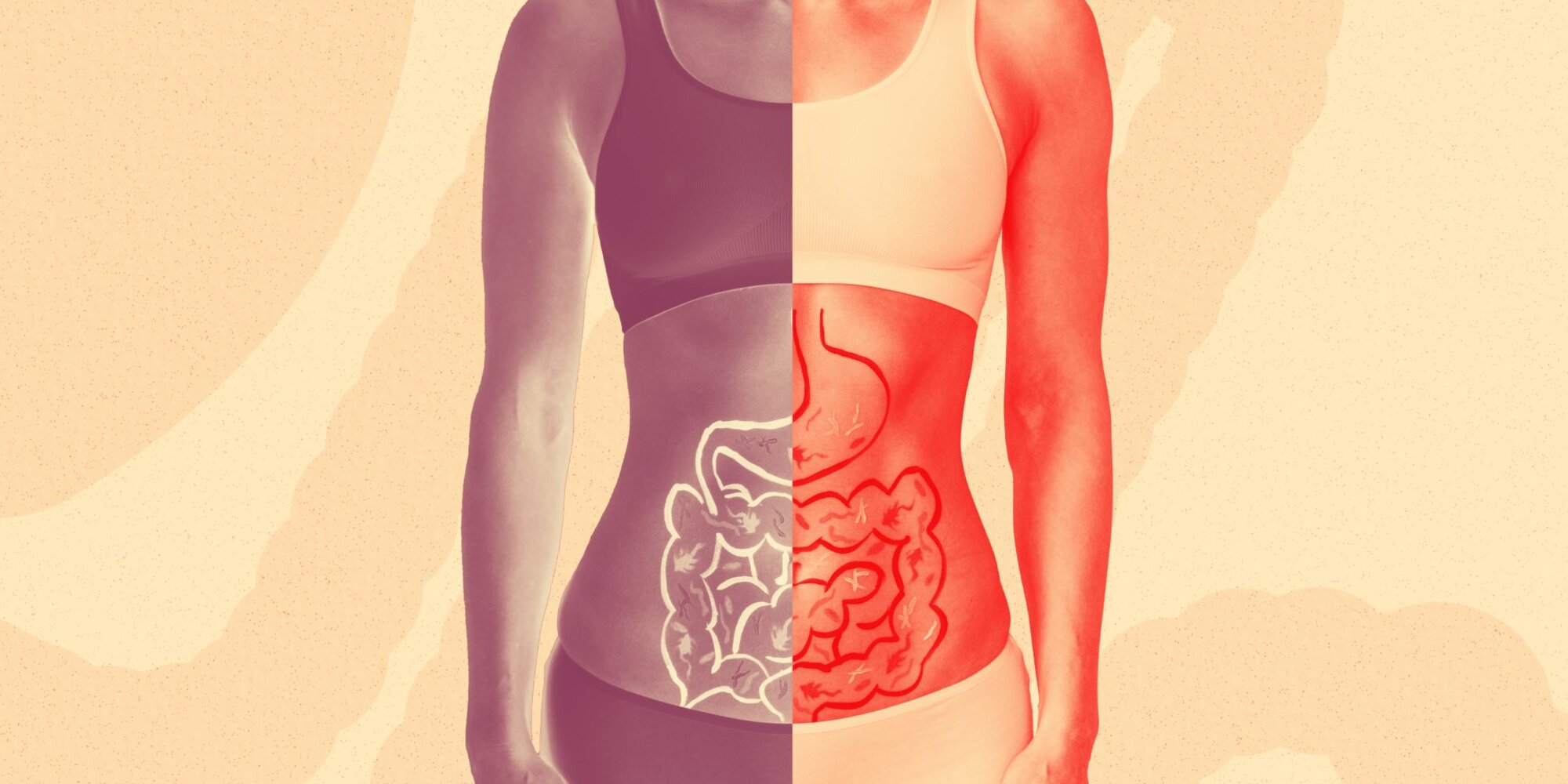 It's Important to Know the Difference Between Diverticulosis and Diverticulitis

One can be extremely painful, but the other may not show symptoms at all.

Anyone who's ever struggled with a digestive ailment knows one thing for sure: When your gut feels good, you feel good-and when it doesn't, well, it can throw your entire life out of whack.

But here's the thing about gut health: There are quite a few conditions that affect it, and they all present pretty similarly (abdominal pain, change in bowel habits, you know the gist). Diverticulitis is one of those conditions-but it can sometimes be confused with something called diverticulosis, which can be a precursor to diverticulitis.

Here, experts explain what exactly links these conditions together, and what sets them apart-and how to prevent one from leading to the other.

What does it mean to have diverticulosis?

First things first: In order to understand a diagnosis of diverticulosis, you have to know a bit about colon. Sometimes, tiny pouches can form in your gastrointestinal tract-usually in the lower part of the colon called the sigmoid colon, according to the National Institute of Diabetes and Digestive and Kidney Diseases (NIDDK). These pouches, called diverticula, can push through weak spots of the wall of your colon-that's called diverticulosis.

For many people, those diverticula don't cause issues. In fact, many people live with diverticulosis without any complications. Per the NIDDK, more than 30% of adults between the ages of 50 and 59 have the condition-that number rises to 70% in people over 80 years old. But "fewer than 5 percent of people with diverticulosis will ever have a problem," Lisa Strate, MD, a gastroenterologist, researcher, and professor of medicine at the University of Washington in Seattle, tells Health.

Because diverticulosis itself doesn't present symptoms, it's most often found during routine colonoscopies, according to a recent review article in Mayo Clinic Proceedings. It may also show up on radiological exams, like abdominal CT scans, another recent review in Nature Reviews Disease Primers points out.

But again: Many people with diverticulosis won't develop symptom or problems from the condition-when they do, and when the diverticula become inflamed, that's known as diverticulitis.

So What Is Diverticulitis, Exactly, and How Does It Develop?

Diverticulitis means one or more diverticula in the colon wall have become inflamed or infected. According to the American Gastroenterological Association (AGA), it often comes on quickly and can cause symptoms such as abdominal pain (usually on the lower left side), stomach cramping, bowel changes (constipation or diarrhea), chills, and fever.

While diverticular bleeding speaks for itself (it's when a small blood vessel within the wall of the diverticulum pouch bursts, and can cause life-threatening blood loss), complications from diverticulitis can look like the following, per the NIDDK:

An abscess in the colon
Fistula (an abnormal connection between two body parts, like the bowel and vagina)
Intestinal obstruction
Perforated colon
Peritonitis (an infection in the abdominal cavity)

While people are more likely to develop diverticular disease a they age, experts aren't entirely sure what else causes the condition. Per the NIDDK, they do, however, the following factors can increase a person's risk of developing the disease:

Diet: A typical American (or "Western") diet-one that's high in red meat, fat, and refined grains-has been linked to an increase in diverticulitis. On the other hand, high fiber intake and dietary patterns that are plentiful in fruits, vegetables, and whole grains are associated with a lower risk of this GI condition.

Obesity: Being significantly overweight, particularly if you carry excess weight around your middle, is associated with an increased risk of diverticulitis.

Physical inactivity: Experts believe a sedentary lifestyle is a risk factor too. "The more physical activity someone does, the less likely they are to develop diverticulitis," Dr. Strate points out.

Smoking: Not only is smoking linked to a greater incidence of diverticulosis, but it's also linked to complications such as diverticulitis. Per the Mayo Clinic: "People who smoke cigarettes are more likely than nonsmokers to experience diverticulitis."
Certain medications: Regular use of corticosteroids, opiates, non-steroidal anti-inflammatory drugs (NSAIDs) is associated with a greater risk fo diverticulitis.

How can you prevent diverticulosis from turning into diverticulitis?

If you have had a diverticulitis flare before-which your doctor may try to clear up with antibiotics, a clear liquid diet, and pain medication, the NIDDK says-it's likely that your main goal is not to have another one. The AGA, NIDDK, and Mayo Clinic suggest the following measures to help prevent a recurrence:

Hydrate: You need plenty of liquids to replace the fluids that are absorbed by the fiber in your diet. Otherwise, you may end up constipated.

Be physically active: Vigorous, heart-pumping exercise may be particularly helpful.

Achieve or maintain a healthy weight: Obesity is strongly linked to diverticulitis.
Avoid using NSAIDS: Unless it's advised by a doctor, try not to use pain relievers two or more times a week.

It really boils down to living a living a healthy lifestyle, Dr. Strate points out: "A healthy lifestyle is protective against so many things-diabetes, heart disease-that it makes sense for people to try and aim for that."