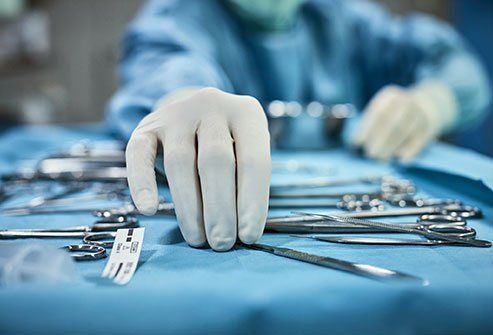 Is Heller Myotomy a Major Surgery?

Heller myotomy is a surgical procedure that corrects achalasia, a condition that makes swallowing difficult (dysphagia).

Achalasia is a grave problem that affects your food pipe (esophagus). A ring-shaped muscle known as lower esophageal sphincter (LES)-present between the lower end of the esophagus and stomach-normally allows the food or liquid to pass through your esophagus into your stomach.

When the LES becomes tight, the food-instead of passing easily through your esophagus into your stomach-keeps getting stuck in the esophagus. As a result, you may have trouble swallowing and problems like heartburn.

Open Heller myotomy involves cutting the outer muscles of the lower end of the esophagus through a large incision in the abdomen. This procedure relaxes the LES to improve your swallowing ability.

When is an open Heller myotomy performed?

Generally, Heller myotomy is done in patients with achalasia who:

Heller myotomy can be done in any of the two ways, open or laparoscopic. The laparoscopic method involves making few, small incisions in the abdomen and then a laparoscope, a long tube that has a camera at front, is inserted to locate the LES and perform the surgery.

Though the laparoscopic method is preferred over the open approach for Heller myotomy, the open procedure is performed when:

What is done before open Heller myotomy?

How is open Heller myotomy done?

General anesthesia makes you sleep throughout the surgery.
A large incision will be made through the midline of your upper abdomen.
The surgeon will retrieve the esophagus and cut it lengthwise starting above the LES and extending a little down onto the stomach.
Only the outer muscles of the esophagus will be cut, which will loosen the tight LES, thereby allowing its easy opening.
The surgery usually takes two to four hours.

How long does it take to recover from open Heller myotomy?

You may be allowed to take liquids on the same day or a day later after a Heller myotomy.
You may start eating a soft food diet after two to three days.
You will be discharged within three to seven days after open Heller myotomy.
Based on how well you tolerate foods, you can resume your normal diet, including raw fruits, within four to six weeks.
You may have to take a month off work to recover from an open Heller myotomy .
You will be allowed to do heavy lifting only after six weeks or more.

Is Heller myotomy a major surgery?

Open Heller myotomy is major surgery with a long recovery period. It also carries a risk of esophagus rupture (perforation) during the surgery. Other possible complications of Heller myotomy include:

Gastroesophageal reflux disease (GERD): Food mixed with acidic juices gets pulled up in the esophagus from the stomach leading to heartburn
Peptic strictures: Development of extreme narrow passages in the esophagus
Persistent dysphagia: Persistent difficulty in swallowing