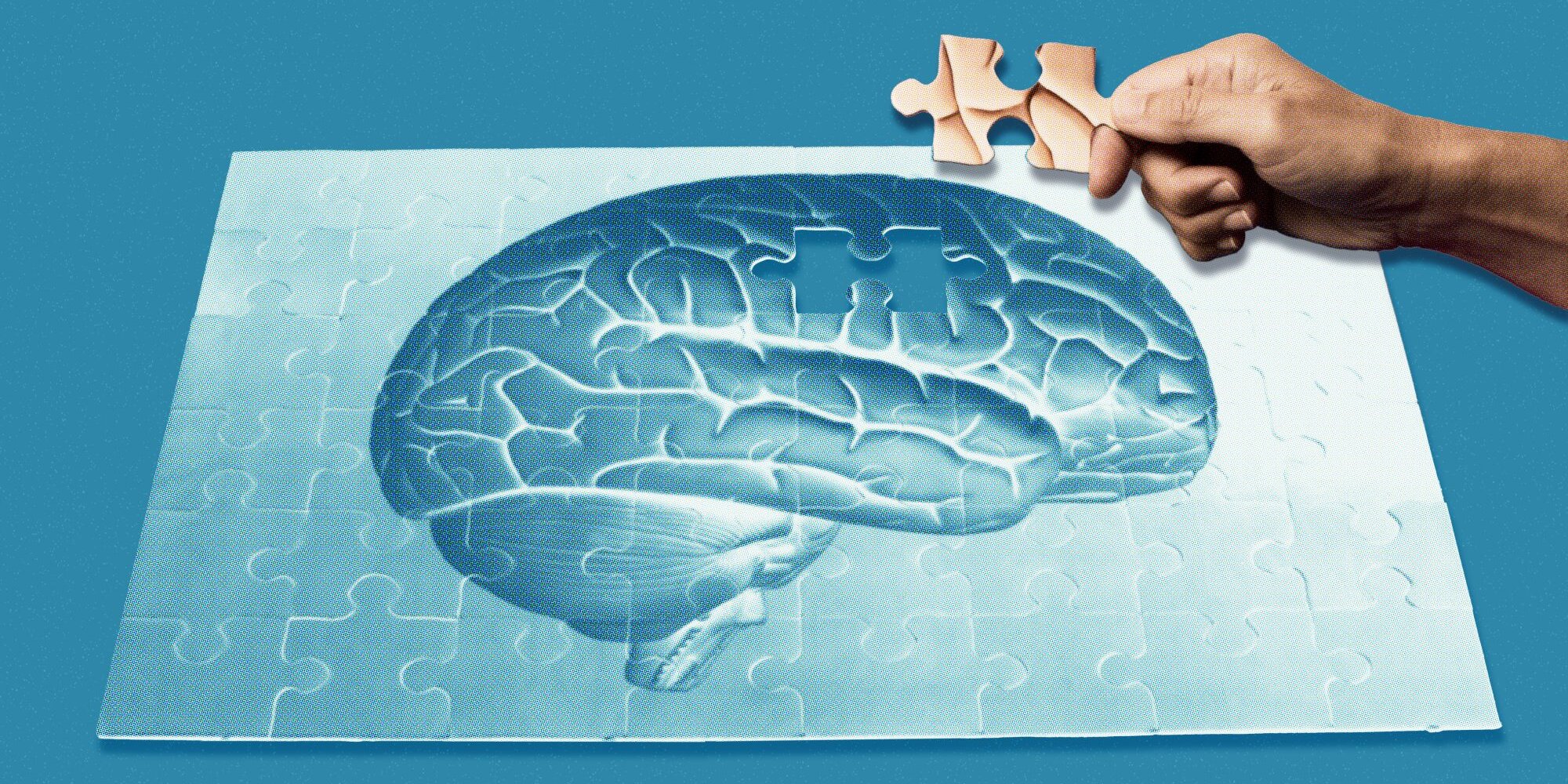 It was one of my daughters who insisted that I be tested after months of what she said was "my memory decline."

Diagnosed in 2018 at the age of 74, I have learned quite a bit about coping with this insidious disease and want to share my experience. My hope is that it will be of help to you, whether you are suffering from memory decline or are the caregiver of someone with memory decline.

I've had a busy life. I have toured the world as a flute soloist, and I've appeared regularly on television as the arts correspondent for CBS Sunday Morning. I am a wife, the mother of two, and grandmother to three marvelous children.

Even as I enter the "fourth quarter" of my life, I continue to practice the flute every day, to perform in concerts, and to be the artistic director of a local concert series in Upstate New York.

It's just not in my genes to have my busy life stop-not even because of a terminal diagnosis.

Three years ago, one of my daughters insisted that I be tested after months of what she described as my "memory decline." She said that I would ask the same questions too often and forget things too many times.

I asked her, "What senior hasn't searched for her glasses only to discover them perched on their forehead?" Of course I was in denial. I think my husband was, too. After all, no one is anxious to discover that they or a loved one has a fatal disease.
But after months of refusing, I finally agreed and saw a neurologist.

I summed up the feelings I had about the doctor appointment in the poem "Marbles," which I wrote soon after my diagnosis. I believe it does a good job of explaining the torment mothers feel about being diagnosed with such a disease:

The doctor put me through a long memory test that lasted for hours, with prompts such as "Name as many animals as you can that begin with the letter 's.'" She also gave me words that I was to rhyme: "Brother," she said. "Mother," I replied, and so on. The verbal exam showed that I had cognitive impairment. After my verbal exam, I had an MRI. The results of that scan confirmed the diagnosis of Alzheimer's.

Alzheimer's is a progressive, neurologic disease caused by the abnormal functioning of brain proteins. It is the most common form of dementia and results in the steady decline of memory, thinking, behavior, and functional ability. Over time, memory impairment becomes severe enough that it interferes with daily tasks. The form of dementia is a fatal one.

After receiving the dreaded diagnosis of Alzheimer's disease, my daughter and I headed back home and made light of what was at heart awful news. But there was no crying. In fact, we laughed and told jokes. After a big hug, I went upstairs, sat at my desk, and stared at the wall for a long time. And then, for some reason, I took out a pen and paper and began to write what became a book: Like Falling Through a Cloud—A Lyrical Memoir of Coping with Forgetfulness, Confusion, and a Dreaded Diagnosis ($10, was $22; amazon.com). "Marbles," as well as the two poem snippets below, are from the book; they poured out of me, mostly in rhyme, over a period of about six months. Telling my story confirmed the fact that the diagnosis was not the end; writing the book showed me that I had the strength to remain creative and productive.

I'd say a lot of people are likely in denial about the possibility of receiving a terminal diagnosis: It won't ever happen to me. Not to us. Not my family. But I believe it is important to know the truth, if only to prepare yourself for what is to come. The reality is, more than six million Americans aged 65 and older are living with Alzheimer's right now. The Alzheimer's Association expects that number to reach 12.7 million by 2050. As it is, the disease already kills more people than breast cancer and prostate cancer combined. While some people with Alzheimer's can live 20 years or more after finding out they have it, on average, people with the disease live between three and 11 years after diagnosis.

Hearing that you have Alzheimer's can be terrifying, and rightfully so. But as crushing as the news was at the time, I was thankfully able to look at my diagnosis in a more positive light. That's because the diagnosis pushes me to live every day to its fullest, because I now know that I don't have as many clear days left as I thought. And yes, it is very difficult to remain positive all of the time, but I wake up every morning thankful that I have another day to live life to its fullest.

What I've learned over the past three years

I have learned that Alzheimer's generally has three stages. The early stage, where I am now, is the longest, thank goodness. It ranges from three to seven years, and in this stage you live your life almost normally. In the second stage, most people continue to live at home but need help with daily functions. The third and final stage is most often spent in the memory unit of a hospital or skilled nursing facility and lasts generally one or two years.

I say that I am living my life in stage one "almost normally" because I did have to make a few changes. I've given up driving a car. Not because I got lost, but because I lost my confidence in driving and knew that could be dangerous. There came a day where I was not sure which pedal was the brake or which was the gas. That was the moment of realization—I needed to stop driving.

I also no longer read a daily newspaper. In fact, I don't read many books either. I guess my mind just doesn't process words the way it used to.

I am constantly concerned that I am not as sharp as I used to be. I know I am making mistakes, and I cover that up the best I can. I need help spelling words. Yes, I even recently hesitated about how to sign my signature. I forget words and ask the same questions much more often than I did before.

My biggest fear is that I am becoming a burden to my caregiver, my husband. But I have learned that, unlike most fatal diseases, there is no physical pain. So I still play the flute every day. I still perform in concerts. And I am still artistic director of my local concert series.

I've learned that it is important to be very open about my diagnosis. When I meet new people, I say, "Before I forget, I want to tell you that I do forget. I have Alzheimer's." After some seconds of silence, the conversation usually continues in a normal way. I know some people who have chosen to cut ties with friends rather than share the news, too ashamed to open up about their diagnosis. I want to avoid that.

I have learned that fear is the worst enemy of those of us diagnosed with Alzheimer's. I believe talking about the disease is part of staying positive, allowing me to live the rest of my days in the sunshine, smiling instead of crying:

I have also learned of the importance of the Alzheimer's Association. In addition to leading global research, the Alzheimer's Association provides support services to those living with this disease and our caregivers. Those services include information and referrals, consultations, support groups, educational classes, and engagement programs. Access to help is available 24 hours a day through the organization's helpline (800-272-3900) or website.

Putting up a fight

A wonderful surprise in my life was discovering that my book was of help to people diagnosed with Alzheimer's. I realized this when approached by a gentleman at a book signing who told me that he could not find the words to tell his family what he was going through with Alzheimer's, and that I had found the perfect words for him to share.

So I immediately said yes when I was asked to read and discuss the book with members of Alzheimer's Association chapters in weekly readings. I hear comments like, "Your book lets me know that I am not alone."

That's the reason I'm spending time helping others who have Alzheimer's. Dealing with this deadly disease is like taking on a pernicious opponent. I am not one to give up without a fight, and I feel I can help others in my situation join me in this endeavor to be strong, to stay strong. This fight is internal. It comes from the deepest part of the heart, and for me, I try every day to show others that I cannot and will not go down without a fight.

While there are medications that can help lessen symptoms and change disease progression, there is currently no treatment to cure Alzheimer's. When I enter stage two of my disease, I will need help doing the easiest things. And in the final stage, like so many others with Alzhiemer's, I may need to go in a memory unit of a hospital or nursing facility.

I want my family to understand that I adore them and hope that they will remember that I've tried my very best to hold tight to things that matter the most to me-my amazing husband, my children, and grandchildren. And I want them to know that my fight is for all of us with this dreaded diagnosis. I will not go down without a fight, and hopefully in the near future the cure for Alzheimer's will be found.