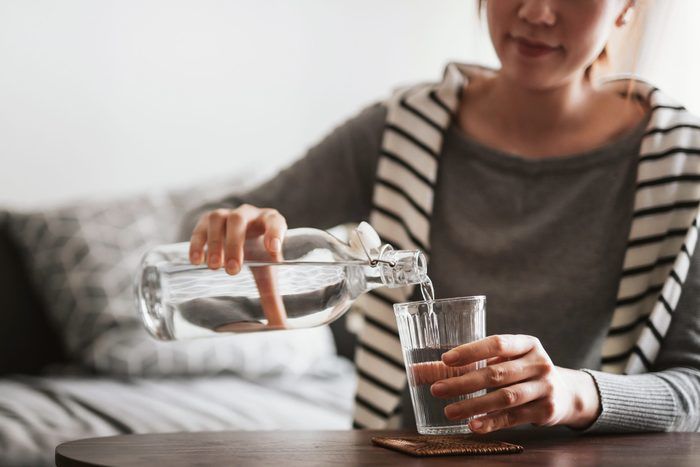 How Often Should You Pee? 11 Causes of Frequent Urination

Wondering how many times you should pee each day? If you think you might be going a bit too often, here are the causes of frequent urination.

Although everyone is different, most adults urinate or pee five to seven times in 24 hours, most of that during the day, says Ali Dabaja, MD, a urologist with Henry Ford Hospital in Detroit. If you’re peeing a lot more often than that, does it mean something is wrong?

Potentially, but not always, according to Melissa A. Laudano, MD, an attending urologist at Montefiore Health System and assistant professor of urology at Albert Einstein College of Medicine, both in New York City.

Here’s everything you need to know about the causes of frequent urination. Plus, treatment options and when to talk to your doctor.

How much is too much when it comes to peeing? Well, anything that’s more often than what’s normal for you could be considered frequent urination, but if you are going more than eight times a day or need to get up multiple times at night to pee, it could be an issue.

Reasons for or causes of frequent urination might be as simple as drinking too much coffee or alcohol, all the way up to urinary tract infections, diabetes, and cancer (though rarely).

Here are some common and not-so-common causes of frequent urination.

Drinking too much fluid

“What goes in must come out,” Kristy M. Borawski, MD, associate professor of urology at the University of North Carolina-Chapel Hill School of Medicine, tells her patients. “Too much of any fluid can result in increased urinary frequency,” she says. Caffeinated and alcoholic beverages are even more likely to increase your need to pee because they are diuretics, which means they boost urine output.

Citric acid, which is found in citrus foods and drinks, can be a culprit too. Even spicy food can provoke an urge to go, Dr. Dajaba adds. Vitamin C in your diet or from supplements may even contribute. In these cases, the solution is as easy as cutting back on the suspected culprit.

Urinary tract infections or UTIs affect both men and women, but not equally. Women are much more prone, especially before menopause. These are infections that strike the urinary tract, the passage made up of the kidneys, bladder, ureters (carrying pee from the kidney to the bladder), and urethra (transporting urine from the bladder to the outside).

“Anytime someone has [an] abrupt onset of urinary frequency, you want to make sure to rule out a urinary tract infection,” says Dr. Borawski. Eighty-five percent of UTIs are due to bacteria and are treatable with antibiotics.

People with this condition often also have other conditions such as endometriosis, fibromyalgia, chronic pain, irritable bowel syndrome, anxiety, or depression.

In the early stages of pregnancy, frequent peeing is due to increases in human chorionic gonadotropin (HCG), a hormone. As the pregnancy progresses, the growing fetus puts pressure on your bladder, again causing the need to empty your bladder more frequently.

Unless you suspect a urinary tract infection, which typically comes with burning and pain, this is nothing to worry about. If you do think you have a UTI, have your doctor evaluate and treat this, so it doesn’t spread to the kidneys.

The medical term for an enlarged prostate is benign prostatic hyperplasia (BPH). The prostate gland, which produces some of the fluid in semen, is located under the bladder and wraps around the urethra. The prostate typically gets bigger as men age. This is normal but, because of its position, the gland can squeeze on the urethra, blocking off the flow of urine.

As a result, you can’t empty the bladder completely, making you feel the need to go more often, especially at night. It’s a common problem. About half of men aged 51 to 60 have an enlarged prostate, and about 90 percent of men 80 or older do. Medications to relax the prostate and bladder can help.

Declining estrogen levels as women age (especially after menopause) can also cause you to urinate more often. “Because there are receptors for estrogen in the urethra itself, hormonal changes can impact the function of urinary elimination,” explains Dr. Laudano. Childbirth can also weaken some of the tissues supporting the pelvis, another contributor to frequent urination.

Not surprisingly, the prime culprit here are diuretics like Lasix (furosemide) or Bumex (bumetanide) which doctors often prescribe to treat heart conditions. The whole purpose of these drugs is to ease pressure on the heart by getting rid of extra fluid. Muscle relaxants like Valium (diazepam) and Ativan (lorazepam) sometimes exert the same effect.

Needing to pee all the time is one of the hallmark signs of diabetes mellitus, both type 1 and type 2, particularly in the early stages and when the disease is not well managed. It’s because your kidneys need to excrete extra water to dilute and expel excess blood sugar. Urinating all the time causes you to feel really thirsty, another common diabetes symptom.

Obesity, which can occur side by side with type 2 diabetes, is also linked with urinary frequency, says Dr. Borawski. Peeing often is also a sign of a rare form of diabetes, diabetes insipidus. The symptom is due to curtailed production of the antidiuretic hormone vasopressin, not elevated blood sugar levels.

According to the Urology Care Foundation, overactive bladder or OAB is not a disease but a collection of symptoms caused when your brain mistakenly instructs your bladder to void even when it doesn’t need to. Sometimes it results from bladder muscles contracting too often, causing you to pee before you really need to.

Consider one 2016 study in the journal Urology that found that people with overactive bladder were more likely to have anxiety symptoms like feeling “wound up” or having butterflies in their stomach than people without overactive bladder. The worse the anxiety, the more pronounced the bladder symptoms, according to the study.

Relax. This is rare, and usually has other symptoms too. It’s not the first thing your doctor thinks of if your complaint is peeing more often. “It’s not unheard of having bladder cancer cause bladder irritation, but that’s not the most common thing,” reassures Dr. Dabaja. Frequent urination can be a symptom of this cancer, but there are usually other signs as well, notably blood in your urine.

Again, don’t fret. Blood in your urine can also indicate other, less ominous conditions, including infections, kidney or bladder stones, and benign tumours. All said, though, definitely contact your doctor if you see blood in your urine. He or she should be able to treat it successfully.

Sometimes fixing the problem is as simple as cutting down on coffee or alcohol. Otherwise, treatments for frequent urination typically start with identifying and dealing with any underlying causes, such as diabetes. Weight control will help if a person is obese.

Next, medications are usually anticholinergics like Ditropan (oxybutynin) or beta-3 agonists like Myrbetriq (mirabegron). The last resort is a procedure, such as injecting botox into the bladder to correct OAB.

When to seek medical help for frequent urination

See a doctor whenever your urination patterns are bothersome. There’s an added urgency if you see blood in your urine, weakness in your legs (sign of a possible spinal cord problem), fever or back pain (which may signify a kidney infection), as well as any discharge from the vagina or penis. Another red flag is a drastic change in urinary habits, says Dr. Laudano.