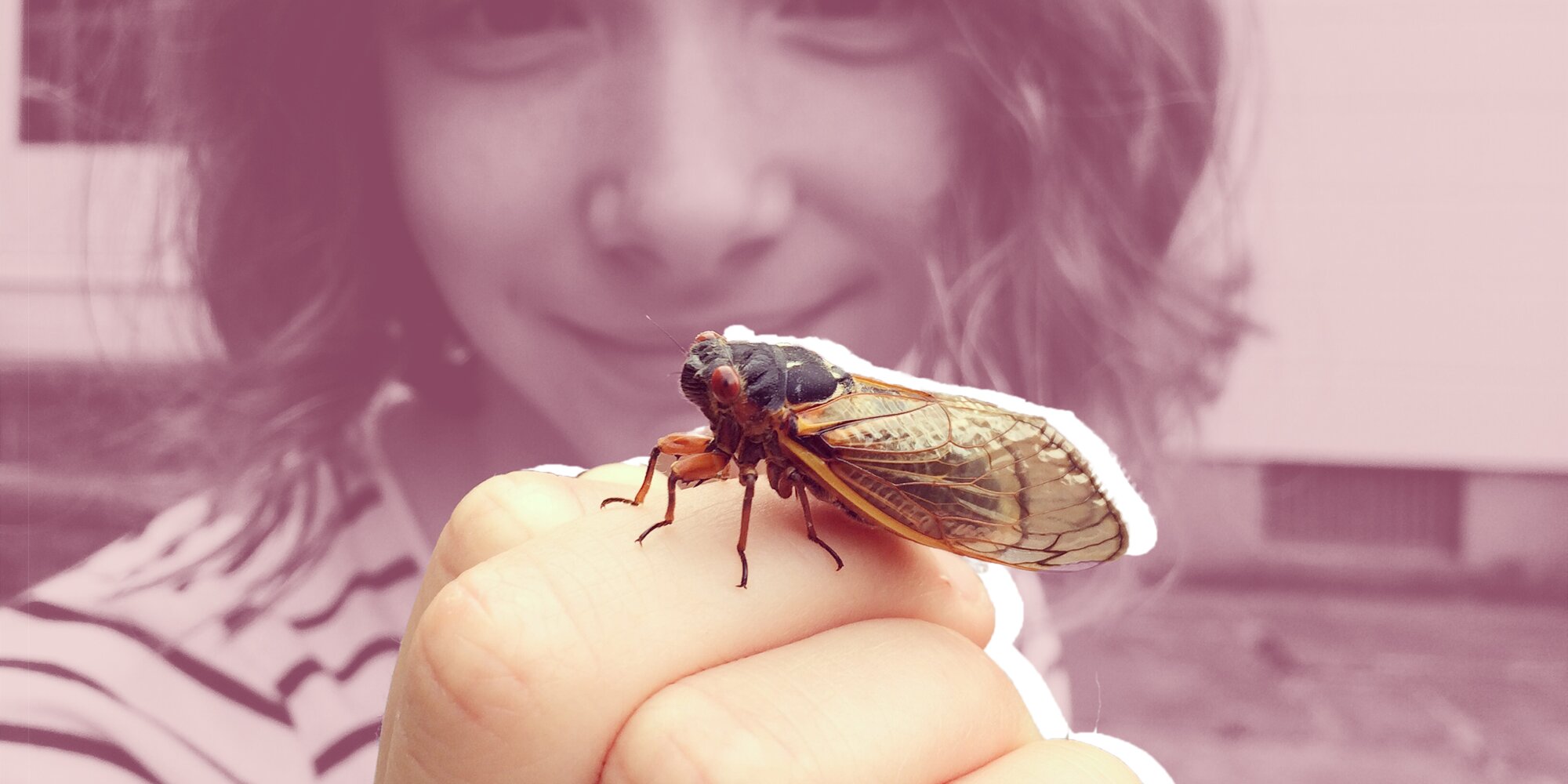 If you have a shellfish allergy, you should really avoid eating insects in general.

The cicadas of Brood X are everywhere right now in certain parts of the US. And, with that, some people have decided to start eating them-so many, in fact, that the US Food and Drug Administration felt it necessary to issue a warning: Don't snack on cicadas if you're allergic to shellfish.

"Yep! We have to say it! Don't eat #cicadas if you're allergic to seafood as these insects share a family relation to shrimp and lobsters," the FDA said on Twitter on Wednesday, before linking out to a page on food allergies.

People had plenty of questions in the comments-including why some are actually eating these bulbous-eyed bugs. While eating bugs, aka entomophagy, is common in some parts of the world, it's getting more popular in the US, Jean Tsao, PhD, associate professor in the Departments of Fisheries & Wildlife and Large Animal Clinical Sciences at Michigan State University, tells Health. "It's bigger and bigger because of the desire to find another protein source that is more sustainable vs. eating cows, pigs, chicken, sheep, and goats," she says.

There's also the dare factor to consider. Some people are eating cicadas "for the novelty of eating big bugs or they were triple-dog dared to eat one," Howard Russell, an entomologist at Michigan State University, tells Health.

But back to cicadas and possible allergic reactions from eating them-what exactly is going on here? And, if you're not allergic to seafood, can you give them a try? Here's what you need to know.

First: Why can't you eat cicadas if you're allergic to seafood?

Cicadas-along with shrimp, crabs, crayfish and lobsters-belong the phylum Arthropoda, Marc Potzler, a board-certified entomologist with Ehrlich Pest Control, tells Health. Other members of Arthropoda include insects like crickets and lady bugs, as well as arachnids like spiders and ticks.

"All arthropods are classified as having an exoskeleton and jointed appendages," Potzler says. And according to Dr. Russell-and aside from a few minor differences-"lobsters are just big bugs that live in the ocean."

In that case, it makes sense that if you're allergic to shellfish at all, you may also be allergic to insects-not just cicadas. Research backs this up, too: according to a recent study published in the journal Food Chemistry, there's a "significant overlap in allergenic proteins found in cricket food products and those found in shellfish like crabs and prawns," Michelle Colgrave, PhD, lead study author and professor at Edith Cowan University's School of Science said in a press release. "There's a good chance that people allergic to shellfish will also react to insects."

So what can happen if you're allergic to seafood and eat a cicada?

Shellfish allergies impact about seven million Americans, according to the American College of Allergy, Asthma & Immunology (ACAAI). And, if you're one of those people, experts say it's likely you'll develop the same symptoms after eating a cicada that you would if you ate shellfish. According to the ACAAI, those can include:

Depending on how severe your allergy is, you may need to use an epinephrine auto-injector (like an EpiPen) if you happen to eat a cicada when you're allergic to shellfish.

What if you're not allergic to shellfish-can you eat cicadas then?

"Humans have been consuming cicadas and other insects for millenia, in all parts of the world," Potzler says. But, of course, everyone is different and there's still a chance that eating a cicada could make you sick, even if you're not allergic to the bugs.

"Everyone's system differs in sensitivity, particularly to new things," Potzler says. Russell points out that pets can get an upset stomach after eating a cicada because of their hard-to-digest exoskeleton, and the same can happen with people.

There's also the risk of foodborne illness, just like with other forms of protein. "An uncooked or undercooked cicada may carry microorganisms that can cause food illnesses, particularly if birds are common where the cicadas are collected from," Potzler says.

If you want to try out a cicada, Potzler recommends cooking it at a high temperature first. And, if you're unsure how you'll do with them, he suggests starting with one and seeing how you feel before plowing through more. He also adds this tidbit: "From personal experience: Remove the wings before you chow down."