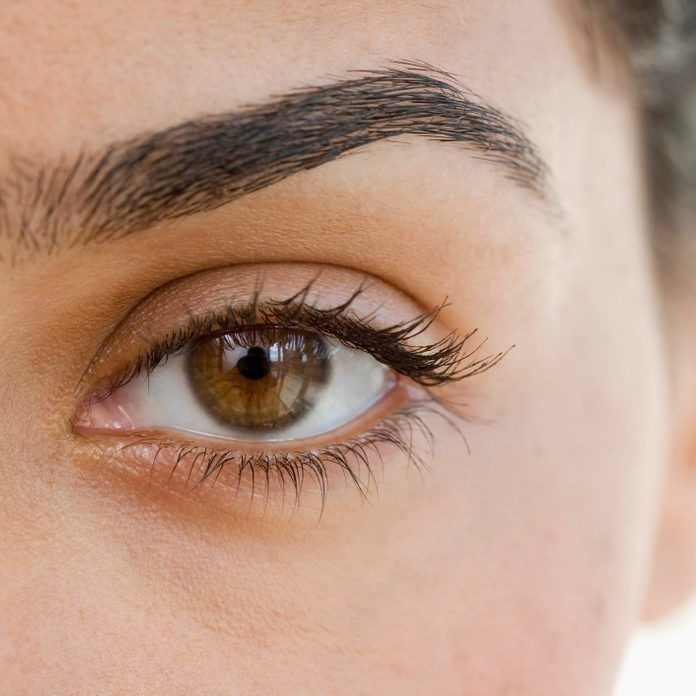 Eyelid Dermatitis: What Doctors Need You to Know

Eyelid dermatitis is a common condition that causes itchiness, redness, and irritation on the eyelids.

Determining the culprit can be a challenge because symptoms don’t always appear instantly - sometimes they occur days after being exposed to a trigger. That’s why it’s essential to get the proper diagnosis and treatment to avoid serious complications that can permanently affect your vision.

Here are the most common forms of eyelid dermatitis and how to treat them.

There are two types of contact dermatitis: allergic contact dermatitis and irritant contact dermatitis. “The eyelids are a very sensitive area because they feature extremely thin skin that is more easily affected by environment irritants and allergens,” says Shawn Kwatra, MD, assistant professor of dermatology at Johns Hopkins University School of Medicine in Baltimore. Contact dermatitis is fairly common - with 50 to 70 percent of people having either an allergic or irritant eyelid dermatitis.

This form results from an allergic reaction to the eye. It can take a bit longer to show symptoms - the scaling, redness, and itching on the eyelids can take a few days to notice. There are all sorts of culprits for allergic contact eyelid dermatitis, but the more common ones include fragrances, trace amounts of metals in jewellery (such as nickel and gold), topical antibiotics, and nail polish - especially ones that contain acrylates, Kwatra says.

Kwatra recommends gentle skin care regimens and applying petroleum jelly (Vaseline) to the affected areas. For more troublesome cases, consider topical corticosteroids like over-the-counter hydrocortisone or a more potent one you can get by prescription. Just be careful not to use too much, too often. “It is important that a topical steroid only be applied for a few days at a time, as the eyelids have extremely thin skin and are more susceptible to steroid-associated atrophy (thinning of the skin) and telangiectasias (which looks like spider veins on your eyelids), warns Kwatra.

Beyond cosmetic reasons, excessive steroid use can cause permanent damage. “Steroids can cause thinning of the skin, cataracts, increased eye pressure, and glaucoma. Glaucoma can lead to a permanent loss of vision, so anyone on long-term steroid therapy should be evaluated by an ophthalmologist,” says Dianna Seldomridge, an ophthalmologist at Duke Eye Center of Winston-Salem, North Carolina.

Atopic eyelid dermatitis is a type of eczema, a condition in which the skin cannot maintain moisture naturally, resulting in outbreaks that make the skin dry, itchy, red, and scaly. Typically, eczema targets the face and neck, wrists, elbows, knees, and ankles. About 12 to 17 percent of people with eczema can also suffer from this condition. “It is not uncommon to see atopic dermatitis patients presenting with a rash on the eyelids. When this occurs, it frequently affects both eyelids but can be unilateral,” says Richard Browning, MD, a dermatologist at the UCHealth Dermatology Clinic, in Cherry Creek, Colorado. But the symptoms don’t always point to eczema, especially if the rash is on both eyelids, Browning says. Allergic dermatitis could be the culprit.

When it comes to do-it-yourself relief, the focus should be hydration. “Applying Vaseline ointment would be the best for symptom relief as the extra hydration from it is often soothing for itch and discomfort. This can be done multiple times daily and is safe on the eyelids,” Browning says. Home remedies, in general, are relatively limited Browning says because once the area is inflamed it will need anti-inflammatory medications to resolve the rash.

If the medications or home treatments aren’t helping and you’re itching and rubbing your eyes excessively, don’t put off a repeat visit with your dermatologist to get your symptoms under control. Since allergies often go hand-in-hand with eczema, you might need further testing or to try a different treatment to manage allergic reactions. It’s critical to stop rubbing your eyes, which causes friction that can lead to vision problems or, in severe cases, vision loss.

People with eczema are also more prone to developing conjunctivitis (pink eye), keratitis (inflamed cornea), and keratoconus (thinning of the cornea) compared with that of the general population, says a 2017 Danish study published in the Journal of the American Academy of Dermatology. “Eye rubbing is a major risk factor for keratoconus, a condition in which the cornea is cone-shaped. This condition may prevent someone from being able to correct their vision with glasses or contact lenses,” says Nathan Hamburger, an ophthalmologist in Steamboat Springs and at the UCHealth, Yampa Valley Medical Center.

To treat these complications, you might need specialized contact lenses and corneal cross-linking, a treatment using eye drops and UV light to make the corneas stronger. In advanced cases, a corneal transplant might be necessary, Hamburger says. Keratitis, when caught early, can be treated and usually cured. People with eczema also have a greater risk of developing cataracts, a clouding of the lens in the eye. “Early treatment of these eye conditions are usually effective at restoring and preserving vision and ocular health,” says Hamburger.

Seborrheic dermatitis is an inflammatory rash on the skin caused by the body’s immune response to an overgrowth of a naturally occurring yeast called Malassezia. It is mostly found on the nose, cheek folds, chin, eyebrows, forehead, and scalp. On the scalp, it’s known as dandruff. Browning says seborrheic dermatitis isn’t dangerous. Yet, for the eight to 16 percent of people who get it, it can be very symptomatic, causing redness, itching, burning, and flaking on the eyelid. The overgrowth of yeast may cause worse symptoms for those with compromised immune systems and people with a history of neurological diseases like stroke or Parkinson’s disease, Browning adds.
Treatment

“Seborrheic dermatitis is treated in two ways by targeting the overgrowth of normal yeast on the skin and/or by targeting the inflammatory response of our immune system to that yeast,” says Browning. Over-the-counter hydrocortisone should do the trick for mild intermittent cases. But dotting your eyelids with hydrocortisone too often can lead to permanent thinning of the skin. Instead, prescription-strength hydrocortisone might be a better option to clear up the rash and avoid prolonged use of topical steroids. “Once clear, maintaining clearance in this often chronic condition is safer with the use of antifungals like ketoconazole (prescription cream),” says Browning.

It’s important to understand the causes of your symptoms in order to seek proper care for your eyelid dermatitis. This will not only help identify the cause of the problem but also help prevent a reoccurrence. Make sure to practice good hand hygiene and be mindful when you touch your face, especially your eyes. If your symptoms persist after treatment, or if you experience a reoccurrence, speak to your doctor to determine what treatment plan may be best for you.