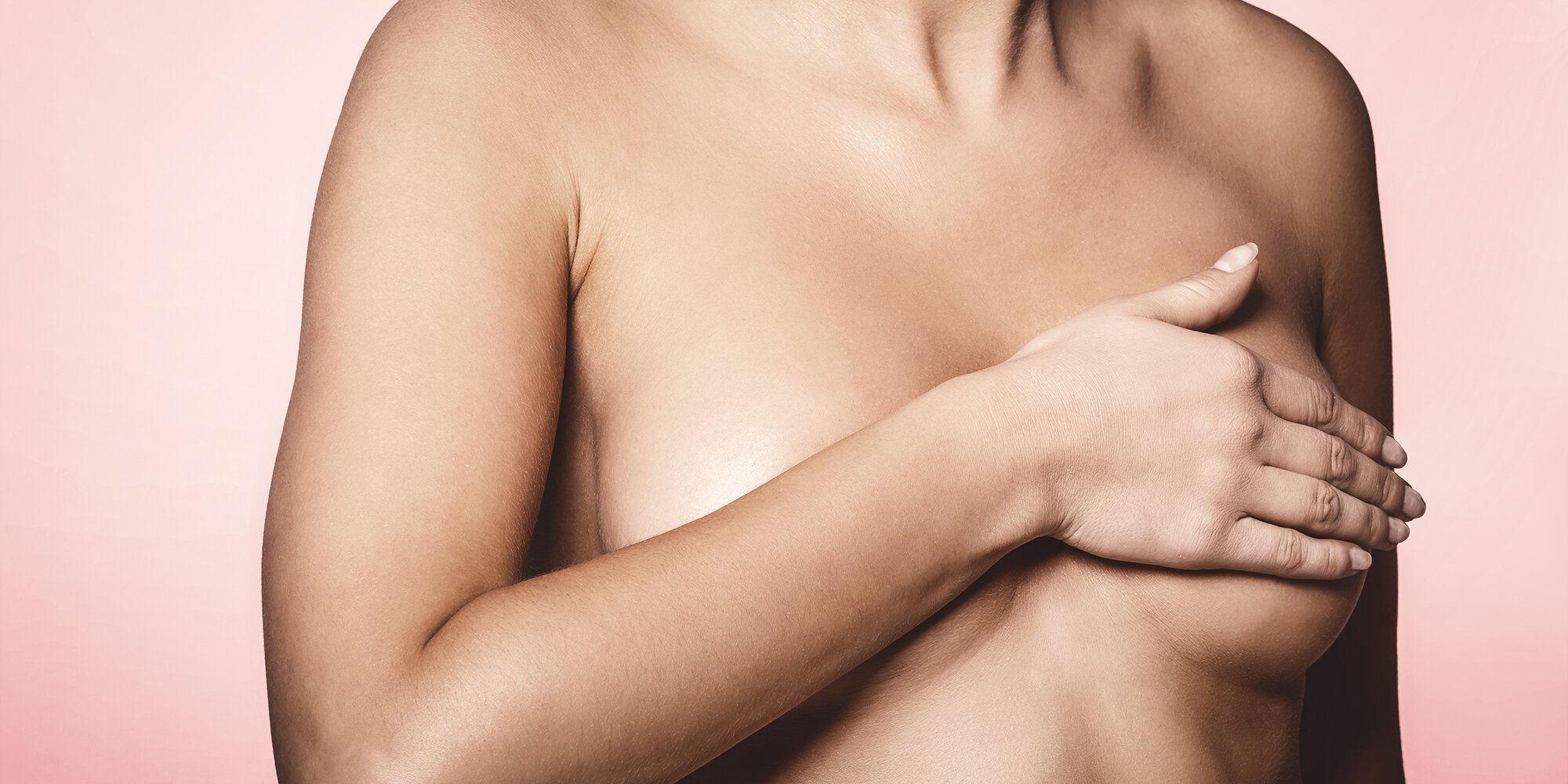 Early Signs of Breast Cancer, From Women Who Experienced Them

These are the signs that led nine women to a doctor, and ultimately a breast cancer diagnosis.

These days, a monthly breast self-exam is considered optional. But still, doctors urge their patients to become familiar with how their breasts normally feel (say, by massaging them in the shower on a regular basis) so they can detect any changes. The fact is, about 40% of women with breast cancer discover their tumors themselves.

“I teach patients common sense rules. They’re your breasts and you have two hands, you should get to know them,” Julia White, MD, director of breast radiation oncology at The Ohio State University Comprehensive Cancer Center, tells Health. “If you know your breasts and notice something is out of the ordinary and it persists, then go get it checked out."

And she's not just talking about a lump or a mass in your breast. You should also look for crusting at the nipple, or bloody nipple drainage, Dr. White says, especially if it's just one side. Other symptoms include a change in the shape of your breast that’s not explainable by your period, pregnancy, or nursing; a retracted or flattened nipple; an indentation in your breast that doesn't go away after you take off your bra; persistent pain on one side; skin that changes color rapidly; and a lump in your armpit.

Here, nine women who have had breast cancer share the symptoms that led them to a doctor's office-and ultimately, a diagnosis. They all have one message: trust your gut, and get anything suspicious checked out. These are their stories.

'I noticed what felt like a frozen pea in my armpit'

“During a routine breast self-exam, I felt a really tiny lump. It didn’t hurt, but it was mobile and felt like a frozen pea. It was right inside my armpit, which seemed odd at first, but I remembered that your breast tissue actually extends into your armpit. This didn’t feel consistent with the breast changes that came along with my menstrual cycle.

"I actually kept quite calm, even though in my gut, I knew what was going on. So I called my ob-gyn, who offered to take a look during my next annual exam, which was months away. After nothing changed in a week, I called the breast center at my local hospital and demanded to be seen. After imaging and biopsies, I was diagnosed with breast cancer at the age of 24.

"From my experience, I hope that other women will learn that you need to monitor changes in your body, but it’s futile if you’re afraid to speak up about them. Women need to have the confidence to speak up.”

'I had fevers and difficulty breastfeeding'

“I was misdiagnosed with mastitis twice because I had high fevers and trouble breastfeeding. It turned out to be cancer. Tumors were blocking the milk ducts. I was diagnosed with stage 3 breast cancer at age 32, five weeks after I had my first child. It didn’t look like mastitis at all. So many people told me '100% chance' it is nothing. No one thought of any alternative, however, until multiple courses of [mastitis] treatment failed.”

'My breast looked a little pink'

“In the shower one day, I noticed a pale pinkness on my breast just below my nipple area, which looked more like a mild sunburn than a rash. I knew something was off. I had my ob-gyn take a look, and he said he wasn’t concerned at all because it was barely noticeable. He suggested my bra fit too snugly, and I needed to go shopping for new bras. So I did just that.

"Over time, that pink area hardened slightly and was sore to the touch. My ob-gyn again said he wasn’t concerned. Eventually the pain increased behind my breast in my back. My ob-gyn said that breast cancer does not hurt, so I didn’t need to worry about it. He ordered a mammogram to put my mind at ease. The mammogram and all other tests came back normal.

"Weeks went by and my lower back began to hurt. Eventually, after my GP suggested I had arthritis and I went to physical therapy. I went to see a breast specialist. He told me I had mastitis and gave me antibiotics. That didn’t help. Back at the breast surgeon, he sent a picture of my breast to the top surgeon who ordered a diagnostic mammogram, which includes a sonogram and a biopsy. I was diagnosed with Stage IV inflammatory breast cancer in my breast, bones, and liver.

“Women know their bodies best. If you see or feel something different, something is wrong. You must be your own advocate. I knew something was wrong and I knew it was getting worse, but the doctors were all telling me not to worry, so I ignored my gut feeling. Mine took 11 months to diagnose, which allowed it to spread to my bones and liver. Today, my cancer is incurable.”

“After a shower one night, I did a self-breast check. I felt something like a round, hard piece of cheese about the size of a quarter. I had just had a mammogram six months earlier. I felt healthy, biked all the time, and wouldn’t have guessed that something wasn’t right in my body. But I didn’t wait to see what was going on. I went to the doctor immediately and was referred for an ultrasound and needle biopsy. I was diagnosed at age 46 with stage 3 breast cancer, and soon after had a mastectomy. I would never recommend to anyone to 'wait and see.' While it was a very scary realization, you’re only saving yourself if you take care of it aggressively.”

“I had done monthly self-breast exams since I was in my early 20s. I felt a tiny hard little bump the size of a small pea. I could only feel it because it was over my rib at the bottom of my left breast. In retrospect, my bra may have hurt a little in that area before I found the lump. I have had many lumps, bumps, and cysts biopsied, but this pea was definitely different. I scheduled my annual mammogram along with a biopsy. I received the breast cancer diagnosis within a week, just shy of my 55th birthday. Turns out, there was another in the other breast that didn’t show up on a mammogram. I also discovered I was a BRCA 1 mutation carrier. I needed aggressive chemo followed by a double mastectomy. Had I not done the exam that evening, everything would be quite different.”

“Back in October 2015, I felt something lump-ish and hard in my right breast. I went for a mammogram and received a clean bill of health. Sadly, I was happy to accept the diagnosis I wanted to hear. By the spring, I knew something was wrong. My breast actually shrank and the nipple inverted, a classic sign of breast cancer, though I didn’t know it. When that happened, I knew I had to do something. My primary care physician examined me and told me I needed to go for a test. I remember clearly pulling out my datebook and suggesting next week. She sternly shook her head and said I had to go to that afternoon. I was diagnosed as early stage 3 cancer. The big lesson I learned was, don’t be afraid to ask for help. I tend to keep my issues to myself, but cancer is not something you can solve on your own. Talk to professionals and avoid the internet! Get real advice.”