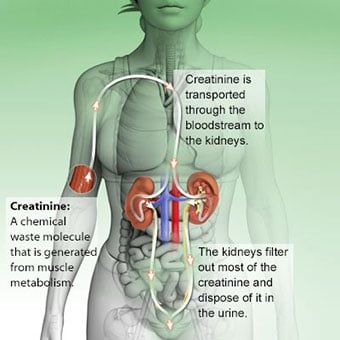 The creatinine blood test is a test which measures kidney function.

Why are blood creatinine levels checked?

Blood urea nitrogen (BUN) level is another indicator of kidney function. Urea is also a metabolic byproduct which can build up if kidney function is impaired. The BUN-to-creatinine ratio generally provides more precise information about kidney function and its possible underlying cause compared with creatinine level alone. BUN also increases with dehydration.

Recently, elevated creatinine levels in infants were associated with bacteremia while elevated levels in adult males have been linked to incresed risk of prostate cancer. 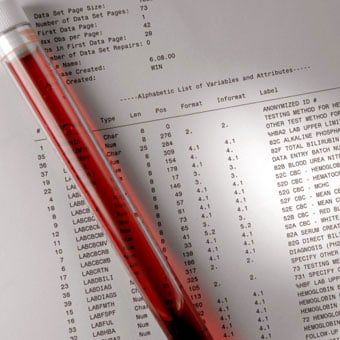 What are normal blood creatinine levels?

What are considered high creatinine levels?

A person with only one kidney may have a normal level of about 1.8 or 1.9.
Creatinine levels that reach 2.0 or more in babies and 5.0 or more in adults may indicate severe kidney impairment.
The need for a dialysis machine to remove wastes from the blood is based upon several considerations including the BUN, creatinine level, the potassium level and how much fluid the patient is retaining. 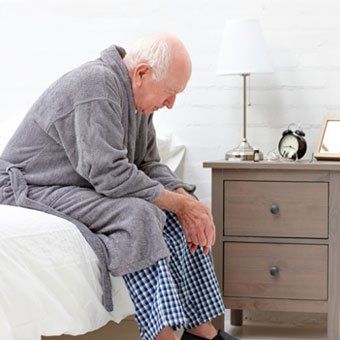 What are the symptoms associated with high creatinine levels?

The symptoms of kidney dysfunction (renal insufficiency) vary widely. They generally do not correlate with the level of creatinine in the blood.

Some people may have an incidental finding of severe kidney disease and elevated creatinine on routine blood work without having any symptoms.
In others, depending on the cause of the problem, different symptoms of kidney failure may be present including:
feeling dehydrated,
fatigue,
swelling (edema),
shortness of breath,
confusion, or
many other nonspecific symptoms (for example, nausea, vomiting, neuropathy, and dry skin). 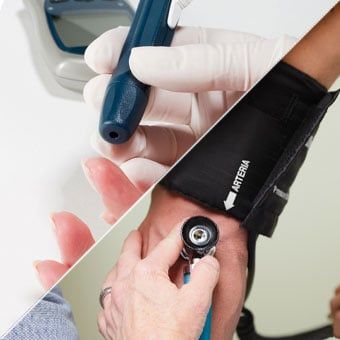 What causes elevated (high) creatinine levels in the blood?

Any condition that impairs the function of the kidneys is likely to raise the creatinine level in the blood. It is important to recognize whether the process leading to kidney dysfunction (kidney failure, azotemia) is longstanding or recent. Recent elevations may be more easily treated and reversed.

Other causes of elevated blood creatinine levels are:

Who has low or high blood creatinine levels?

Muscular young or middle-aged adults may have more creatinine in their blood than the norm for the general population.
Elderly persons may have less creatinine in their blood than the norm. Infants have normal levels of about 0.2 or more, depending on their muscle development.
In people with malnutrition, severe weight loss, and long standing illnesses, the muscle mass tends to diminish over time and, therefore, their creatinine level may be lower than expected for their age.