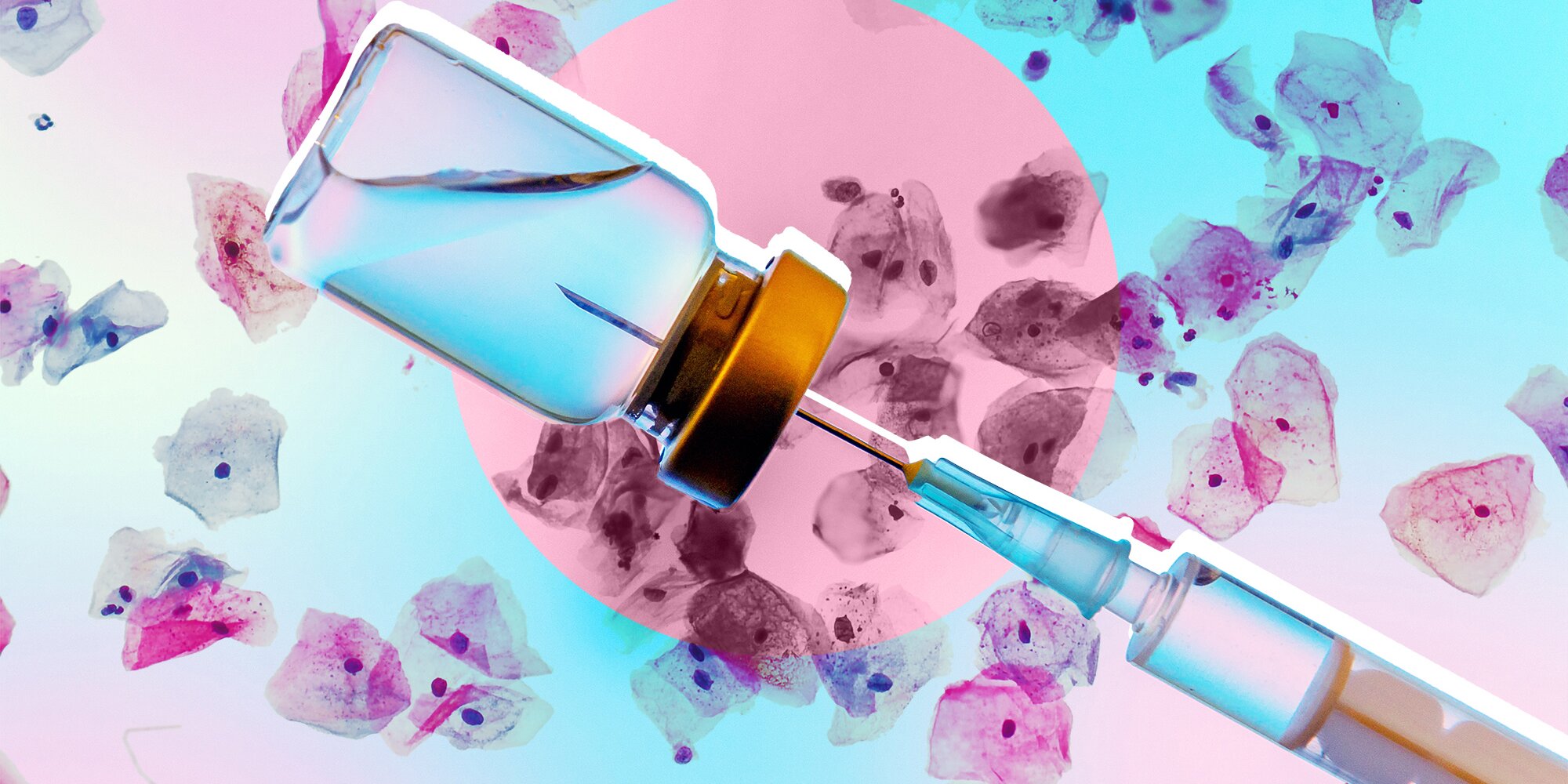 Can Adults Get the HPV Vaccine? Here's What to Know-And How to Decide if It's Right for You

The vaccine is recommended for everyone up to 26 years old-but what if you've aged out of that range?

The good news: There's a highly effective vaccine to prevent HPV-and thus, the cancers associated with it. A new study published in the journal The Lancet in November 2021 proves as much: Researchers in the UK found that the first-generation HPV vaccine led to a "substantial reduction" in cervical cancer rates as well as incidences of precancerous findings, when given to girls and young women, specifically 12–13 year olds. According to study authors, "the HPV [immunization program] has successfully almost eliminated cervical cancer in women born since [September] 1, 1995."

These findings are a big deal, and they may leave many adults wondering about their own vaccination status-namely, if they never received the HPV vaccine as a child, are they still eligible to get vaccinated now? And would the vaccine provide any real protection? Here, we break down the current HPV recommendations, and what experts say about getting the HPV vaccine as an adult.

What is the HPV vaccine?

The HPV vaccine currently available in the US, Gardasil 9, is the newest iteration of the vaccine. It's a two-to-three dose vaccine regimen approved for use in all children that protects against HPV infection and HPV-related conditions, according to the CDC. Those conditions include:

Of the more than 150 different strains of HPV, 40 are known to cause cancer. The HPV vaccine approved for use in the US protects against the nine strains responsible for about 90% of cervical cancers, Rebecca Perkins, MD, an associate professor of obstetrics and gynecology at the Boston University School of Medicine, tells Health.

At what age should people get the HPV vaccine?

The CDC says the HPV vaccine is recommended for children, teenagers, and adults ages 9–26. The earlier someone gets the vaccine, the better, says Dr. Perkins, who recommends children are vaccinated before the ages of 12 for the most protection.

"This is because younger adolescents produce very good immune responses to the vaccine, so they only need two doses to be fully protected," says Dr. Perkins. She also points out that almost no child has been exposed to HPV at this age, and since vaccines offer prevention, not treatment, the HPV vaccine will be less effective if someone has already been exposed to the virus.

When younger children receive the vaccine, they will also need fewer doses: The CDC says children ages 9–14 only need two doses given six to 12 months apart. Anyone over the age of 15 or those who are immunocompromised, however, will need three total doses, given over the course of six months, to make up for a lessened immune response.

Can adults older than 26 get the HPV vaccine?

The reasoning behind this is effectiveness-specifically the lack thereof. "People are usually exposed to HPV within a year or so of their first sexual experience," says Dr. Perkins. That means there's a low chance of cancer prevention from the vaccine in this age group.

Still, that doesn't mean you can't get the vaccine if you're over 26: "You can still get the HPV vaccine if you've already had HPV," says Dr. Perkins. "While it will not be as effective against the HPV type you currently have [or have had], you may be protected against other strains."

In that case, some doctors even recommend the HPV vaccine for their patients, up to 45 years old. Kate White, MD, an associate professor of obstetrics and gynecology at Boston University School of Medicine is one of those doctors—she tells Health she recommends all of her patients under the age of 45 to be vaccinated, even those in long-term monogamous relationships, just to err on the side of caution.

"The vaccine hasn't been examined in folks over 45, so I don't recommend it for them. Otherwise, the only people who wouldn't benefit from the HPV vaccine are people who will never again have a sexual partner," says Dr. White.

The CDC suggests adults ages 27–45 who weren't previously vaccinated against HPV speak with their doctor about their risk of new HPV infections, and any potential benefits they could reap from vaccination.

What if you aren't sure if you got the HPV vaccine?

Those who started, but never finished the HPV vaccine series when they were younger should see their doctor for their last shots. "If you're not sure how many doses of the HPV vaccine you've received, it's better to err on the side of getting an extra dose," Dr. White says.

You also don't have to worry about the timing here-while it's best to get the shots at the recommended intervals, you won't need to start the immunization process over again. "Even if the doses are off schedule, you can just finish the recommended number of doses. The series does not need to be restarted," says Dr. Perkins.

For those who don't remember whether or not they got the HPV vaccine as a child, the first step is to try and access your old medical records. If you can't do that for whatever reason, Dr. White recommends re-starting the series. Even if you received an older version of the HPV vaccine while you were younger, it is safe to get the newer vaccine at a later date, Dr. Perkins says.

What's the best way to protect against HPV-related cancers later in life?

Since the HPV vaccine is less beneficial in adults, the best way to prevent HPV-related cancers is to get regular screenings, says Dr. Perkins.

For cervical cancer there are two types of screening: the Pap and HPV test. Both are done by gently scraping the cervix to remove cells , according to the American Cancer Society. While similar, there are a few key differences between the test:

Early detection of cervical cancer can greatly improve someone's prognosis, according to the ACS, which is why it's important for adults to get screened regularly.