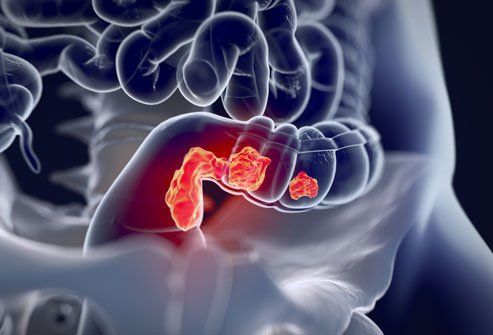 Blood in the Stool (Rectal Bleeding) in Adults

Seeing blood in the toilet, on the outside of your stool, or with wiping after a bowel movement is common.

Any type of blood that is passed out from the anus or rectum during the passing of stools or fecal matter is called rectal bleeding. The blood may be coming from the rectum or may also be coming from other parts of the gut or inside of the stomach. The color of blood may vary depending on the site of bleeding. It is usually bright or dark red (maroon-colored) in color. In most cases, bright red blood indicates bleeding in the lower intestine or rectum, whereas darker blood is a sign of bleeding in the small bowel or upper area of the gut. Very dark or black-red blood is often associated with bleeding in the stomach or other parts in the digestive system.

What are the common causes of rectal bleeding?

Most common causes of rectal bleeding include:

Diverticula: A diverticulum is a small pouch in the wall of the gut (intestines) (more than one diverticulum is called diverticula). They can develop on any part of the gut. A diverticulum may occasionally bleed, and the patient may pass some blood through the anus. Bleeding is usually abrupt and painless. Bleeding is due to a burst blood vessel that can occur in the wall of a diverticulum, and the amount of blood loss may be heavy.
Crohn's disease: It is a condition that causes the gut to become inflamed. The disease flares up from time to time. Common symptoms include bloody diarrhea and stomach pain.
Ulcerative colitis (UC) and other forms of colitis: UC is a disease where inflammation develops in the colon/intestine and rectum. A common symptom includes diarrhea mixed with blood.
Polyps: A polyp is a small growth that sometimes forms on the inside lining of the intestine or rectum. Polyps are usually benign (non-cancerous) and usually cause no problems. However, sometimes a polyp bleeds and sometimes a polyp can turn cancerous.
Cancer: Cancer of the intestine and rectum are common cancers in older people. Rectal bleeding is one symptom that may occur. Cancers of other parts of the gut higher up from the colon sometimes may cause rectal bleeding, but these are uncommon.

What should a patient be educated regarding rectal bleeding?

Spotting blood during or after passing stools is common. Most of the causes of such rectal bleeding are not life-threatening. However, the only way to be certain of the cause is to be evaluated by a doctor. Usually, people with minor rectal bleeding may not have cancer or another serious condition. However, it is not possible to know the cause of rectal bleeding without an examination. Precancerous polyps near the end of the colon can mimic bleeding from hemorrhoids. These are generally present in the colon for years before they become cancerous, and they can be removed very safely from the colon, preventing progression to cancer. Polyps and colon cancer become more common with aging, and thus, investigation of bleeding is most important in patients aged above 40-50 years.

What are the common screening tests to diagnose rectal bleeding?

Rectal examination: A doctor may detect the cause of rectal bleeding with a rectal examination.
Colonoscopy: It is a procedure in which a doctor examines the entire colon using a flexible camera attached to a tube, usually while the patient is sedated.
Anoscopy: It allows the doctor to inspect the anus and lower rectum.
Sigmoidoscopy: During a sigmoidoscopy, the doctor may examine the rectum and most of the lower large intestine. It also can be done without sedation.