5 Healthy Foods That Are Keeping You Up at Night

Have them for dinner at your own risk.

We don't have to explain to you why diving into a plate of jalapeno nachos or a pint of rocky road during dinner will likely make it hard to fall asleep later in the night. Greasy or spicy food can bloat you out and leave you too uncomfortable to nod off, and the added sugar in ice cream can also keep you from drifting into dreamland.

So while it's smart to stay away from those foods within 4-6 hours of your bedtime, you might not be aware of some otherwise healthy dinner options that can sneakily keep you tossing and turning all night. These are the five most surprising insomnia offenders in your kitchen, according to nutritionists. 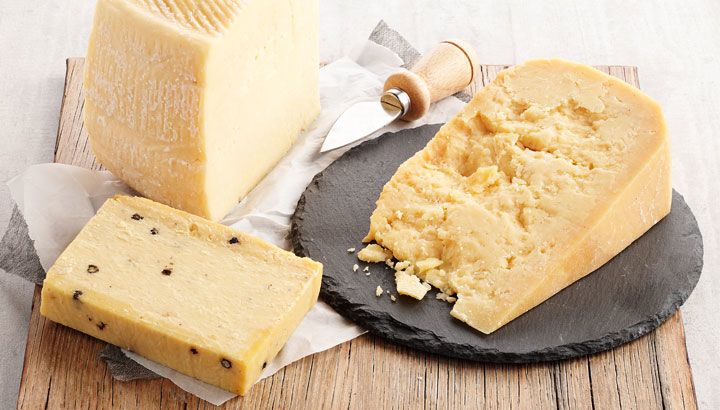 One serving of cheese equals roughly one thin sandwich-size slice or a couple of dice-size cubes; most of us probably eat a lot more than that in one sitting, however, and it keeps us from scoring quality sleep.

“Cheeses higher in saturated fat such as Swiss, cheddar, blue, and parmesan can be challenging to digest, especially when you're laying down,” says Los Angeles–based nutritionist Maggie Moon, MS, RD, author of The MIND Diet. Then there's the risk of hearburn. “Laying down too soon after eating them can make it easier for acid reflux to happen, causing discomfort and burning in the chest,” she explains.

If you do crave some cheese, plan on turning in for the night 4 to 6 hours after eating it, Moon advises. And if it's dairy that you're actually craving, a good alternative is a warm glass of milk, which really can help you fall asleep thanks to the amino acid tryptophan, which some say can help relax you. 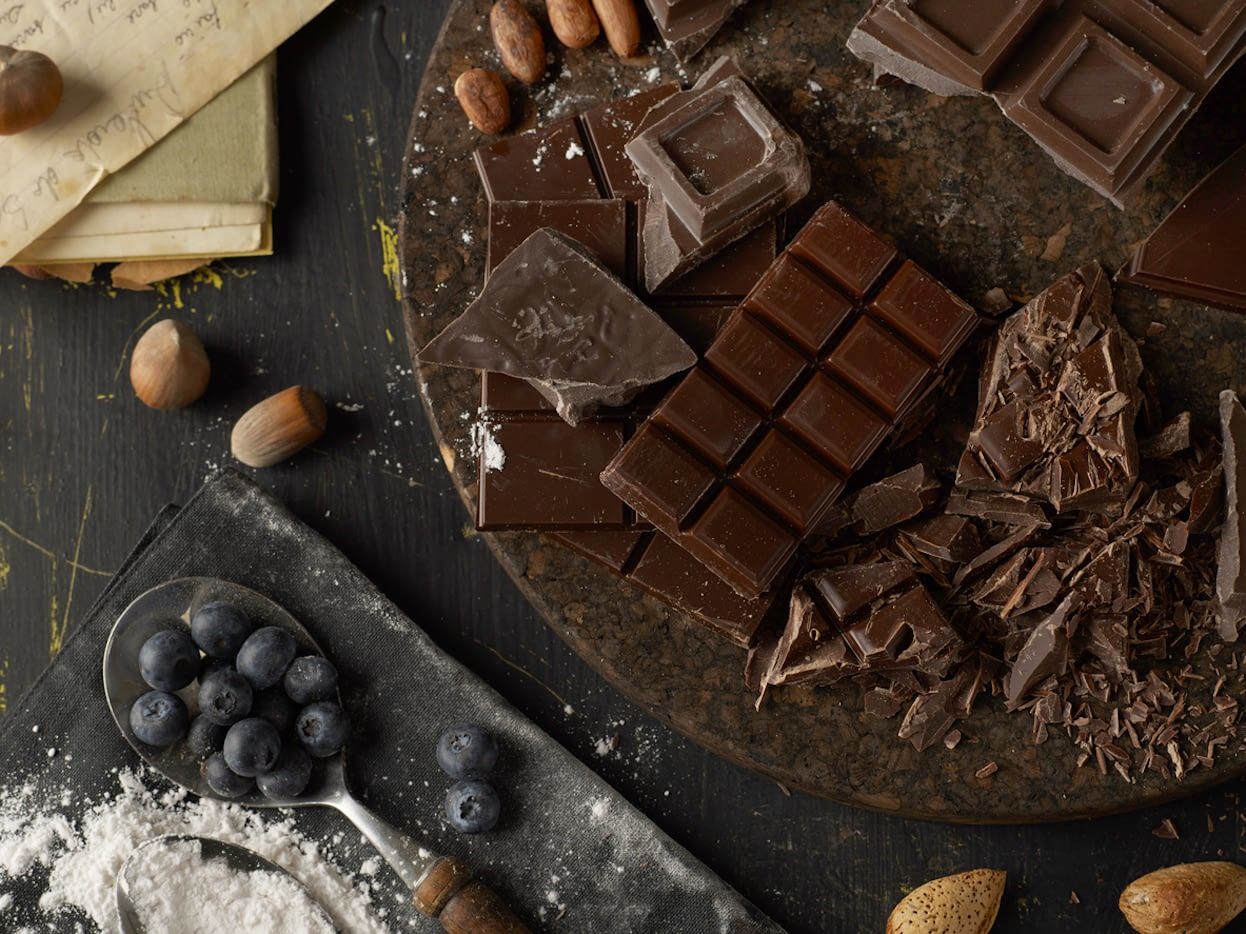 You’re reaching for dessert and probably think half a regular-size bar of dark chocolate is healthier than a slice of cheesecake-and it is. But that chocolate poses more of a threat at bedtime.

“Dark chocolate can be a polyphenol-rich treat, but it’s also a surprising source of caffeine," says Moon. "It’s common to avoid beverages like coffee or caffeinated tea before bed, but it’s just as important to avoid food sources of this stimulant, which can make it hard to fall and stay asleep,” Moon explains.

In general, “it takes 6 to 10 hours to eliminate caffeine, so that means enjoy a dark chocolate treat no later than noon to four pm for a 10 pm bedtime,” she advises. A good alternative is tart cherry juice with a few walnuts. Both provide melatonin to help regulate sleep and promote drowsiness. 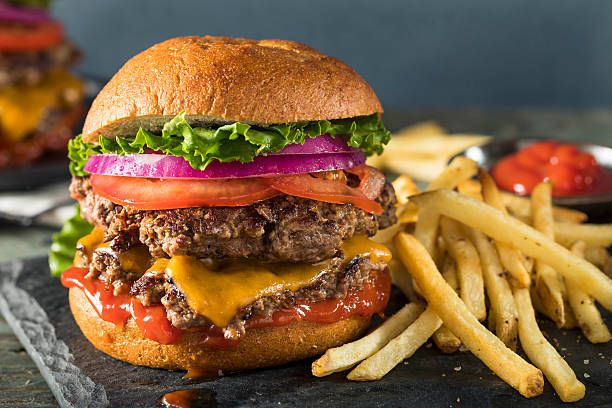 Beef is an excellent protein and iron source. But the protein and fat in the typical burger can take a while to digest, says Moon. For that reason, any dense, beefy dish should be avoided at least four hours before you plan to hit the sheets. “Ground beef in a burger or stroganoff is too heavy and hard to digest close to bedtime due to its high saturated fat and protein content,” she explains.

For a leaner protein alternative, try grilled chicken or turkey breast, which has way less saturated fat. “Ounce per ounce, a 70/30 ground beef patty has about 12 times the saturated fat as light turkey meat, and that's even after it's cooked and nearly 40% of the fat has been drained away,” Moon explains. 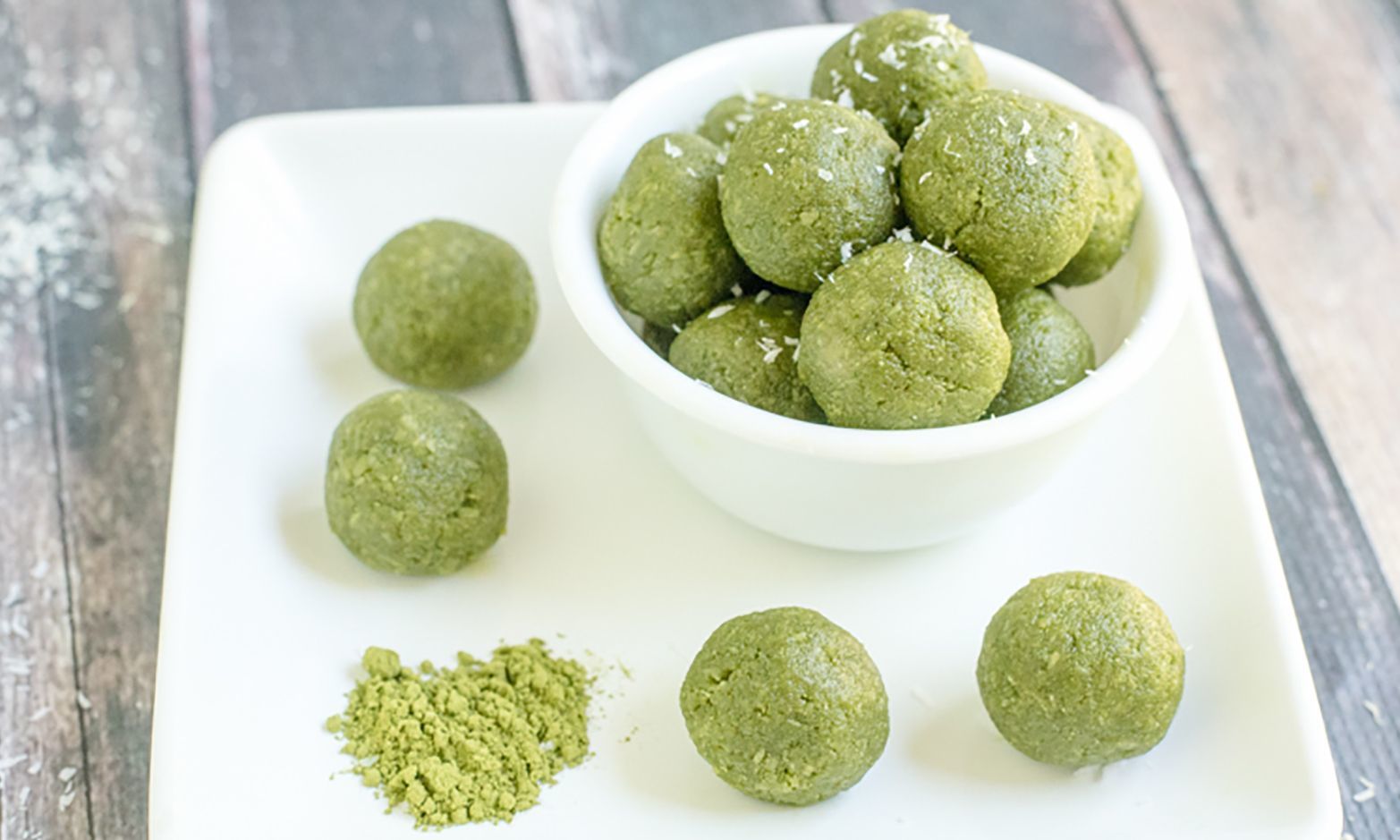 Macha is a powdered form of green tea, and this buzzy product has been added to cookies, smoothies, stir-frys, and more. “Trendy matcha snacks are all the rage these days for multiple reasons; they've got a pretty color, [and] they're supposedly filled with antioxidants,” says San Diego–based nutritionist Elizabeth Shaw, MS, RDN.

Yet there's a drawback. Matcha snacks can have approximately 30 grams of sugar per serving, says Shaw; the American Heart Association advises that women limit their intake of added sugar to no more than 25 grams per day. That's because "excessive intake over time can cause spikes in blood sugar levels that then result in a steep drop and usually feelings of extreme hunger. You may wake up in the middle of the night jonsing for another donut or snack,” she explains.

Plus, green tea contains caffeine, roughly the same amount as in a cup of brewed coffee-so falling asleep won't be so easy. A sugar- and caffeine-free option? Pistachios. Like matcha, pistachios contain antioxidants, as well as monosaturated fat, protein, and fiber, which can keep you fuller longer and keep you from waking up hungry. 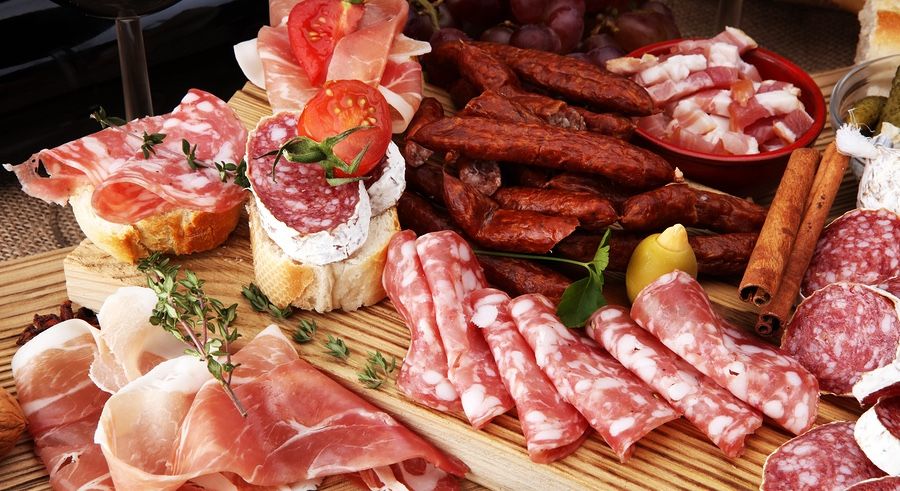 If your idea of an evening meal includes the processed sandwich meat you can pick up at any grocery or convenince store, we've got some news for you. Because of their high sodium count, these products can leave you feeling bloated, and retaining fluids before bed causes sleep-stealing discomfort, says Shaw. Also, you might be thirstier after consuming sodium-rich foods, making you drink more in the hours before bed...and interrupt your sleep with bathroom runs.

“I recommend clients focus on a lower-sodium alternative that still packs a punch of protein, like natural peanut butter,” she says. A tablespoon or two over an apple should fill you up and keep hunger pangs at bay all night long.