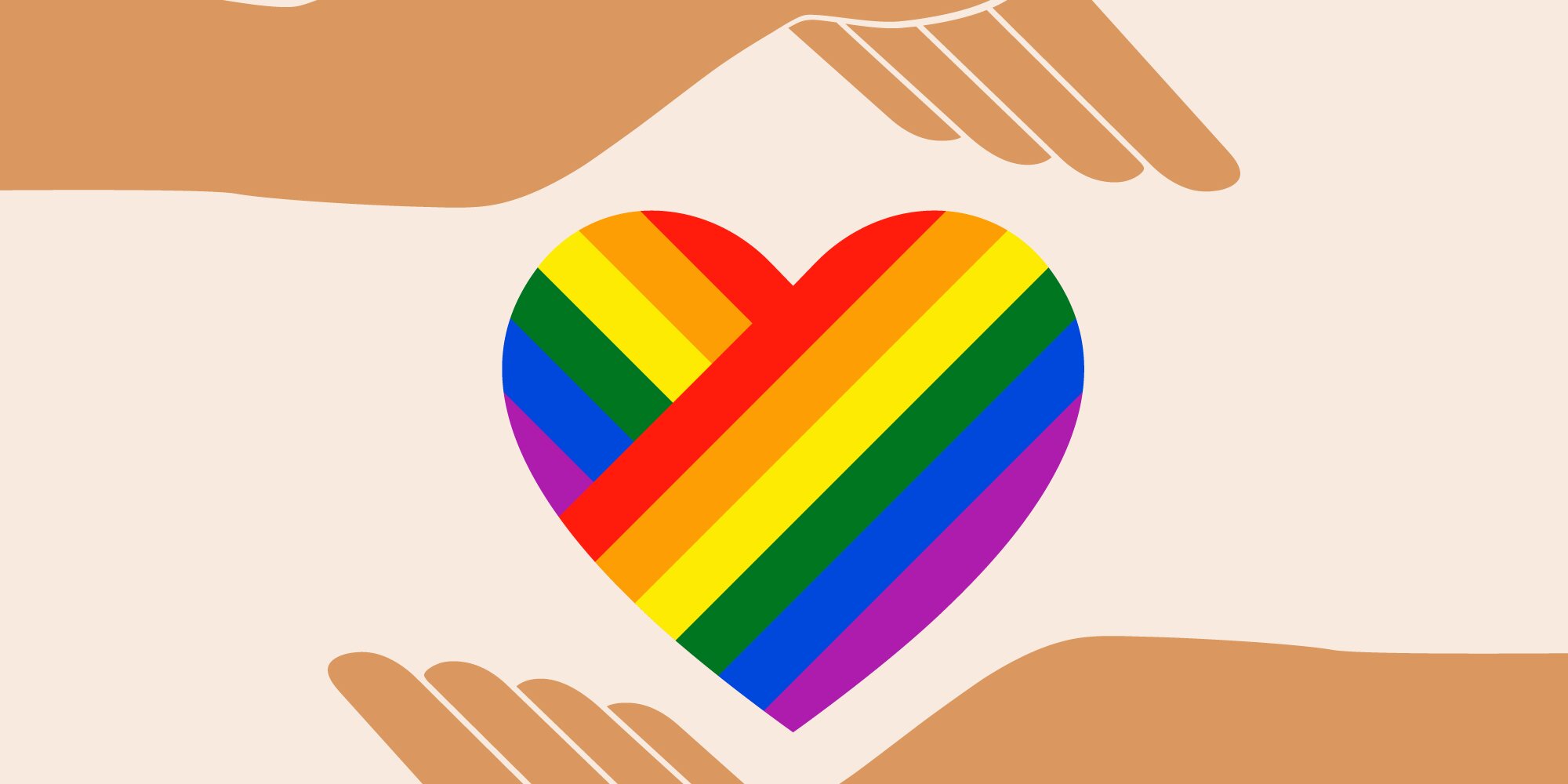 These LGBTQ+ health organizations are fighting for health equity while providing medical care and resources.

The LGBTQ+ community has made significant strides on the path to equal rights. But in terms of health care, there's a long way to go. As Health previously reported, studies show that the LGBTQ+ people continue to face discrimination when seeking medical care.

According to the National LGBTQ Task Force, nearly one in five transgender individuals said they were refused health care because of their gender identity, and a 2017 survey from the Center for American Progress revealed that 25% of LGBTQ+ people have experienced some form of health care bias. Because of these statistics, many LGBTQ+ folks avoid seeking out medical care altogether. One survey found that 23% of transgender respondents did not see a doctor when they needed to because of fear of mistreatment.

These numbers show that our health care system needs reform. But until that happens, many organizations have stepped in to help the LGBTQ+ community get access to quality care and representation. In honor of pride month, Health rounded up 10 resources that are fighting the good fight to ensure no one in the LGBTQ+ community is denied health care access. Here's what they do, plus how to get in touch if you need their services or simply want to show your support.

This iconic New York City-based health center is a leader in providing health resources for LGBTQ+ people regardless of their ability to pay. Not only does Callen-Lorde offer direct health care services, but it is also a center for medical research and advocacy for the LGBTQ+ community, helping to further advance the quality of care available. One of their current studies, LEGACY, examines how medical gender affirmation impacts quality of life, mental health, and HIV outcomes among transgender and non-binary people. To show your support, donate directly to their organization here.
The Ali Forney Center

LGBTQ youth are overrepresented among the homeless, comprising nearly 40% of the overall homeless population in the US. The Ali Forney Center, based in New York City, provides resources to homeless LGBTQ+ youth so they live independently. They also offer comprehensive health care treatment—including HIV/AIDS testing and hormone replacement therapy (HRT)—and they refer patients to doctors who specialize in LGBTQ+ health care. The Ali Forney Center accepts donations to help fund health programs and provide housing.

Center of Excellence for Transgender Health

Nearly three in 10 transgender people reported that their providers would not see them because of their gender identity. The University of California, San Fransisco's Center of Excellence for Transgender Health offers medical care to transgender individuals and conducts research on transgender medical care. Though the center is based in the San Francisco area, it put together an in-depth guide for doctors in transgender health care that covers everything from how to give a physical exam to guidelines on prescribing hormone therapy.
Trans Lifeline

Studies suggest that LGBTQ+ people are twice as likely as heterosexual cisgender people to have a mental health disorder in their lifetime. The Trans Lifeline (877-565-8860) is an emergency resource giving emotional and financial support to transgender people in crisis. Trans Lifeline does not connect people with trained professionals. They are an all-trans run peer support and crisis hotline that connects callers with other trans operators. The call center does not engage 911, emergency responders, or police without a caller's specific request. Donations go towards training hotline workers and other mental health campaigns.

If you already liked Tegan and Sara, then their dedication to the LGBTQ+ community will make you love them even more. Queer Health Access, part of the Tegan and Sara Foundation, gives resources and financial support to LGBTQ+ women, with health care as the primary focus. The group recently provided community grants to Black-led LGBTQ+ organizations, like The Okra Project, which offers therapy to Black trans people free of charge. The organization also created an emergency response fund for LGBTQ+ individuals who were directly affected by the COVID-19 pandemic. Donations go towards summer camp scholarships and providing LGBTQ+ books to schools for a more inclusive education.

A study published in Pediatrics in 2018 found that over 50% of transgender and non-conforming youth reported having suicidal thoughts. The Trevor Project-created by the producers of the 1998 film Trevor, about a young gay man who dies by suicide-supports mental health care for LGBTQ+ in crisis. In addition to the emergency hotline, the LA-based organization is a center for education on LGBTQ+ health care issues like HIV/AIDS, sexual health, and gender reassignment surgery. The Trevor Project offers nationwide volunteer opportunities and accepts donations to train crisis hotline responders.
The National Center for Black Equity

A CDC study of confirmed COVID-19 cases in New York City revealed that Black/African American people had the highest rates of infection, hospitalization, and death from the virus. According to the Human Rights Campaign, 40% of Black transgender adults are likely to live in poverty, making it harder to access coronavirus-related medical care.

Facing these realities means that fighting for health equity for the Black community is vital. The National Center for Black Equity is a multi-national network of Black LGBTQ+ organizations dedicated to this mission. The organization directs people to local pride chapters and LGBTQ+ friendly health care centers. It also offers educational podcasts and articles about Black LGBTQ+ medical issues. The National Center for Black Equity accepts donations, which go toward creating job opportunities for Black LGBTQ+ people.

According to a Human Rights Campaign report, at least 15 transgender or non-gender conforming people have been murdered so far in 2020. In the past few years, attention has been drawn to the transgender individuals who have died from gender identity-related domestic violence. VAWNet is an online library from the National Resource Center for Domestic Violence that contains articles and data related to gender-based violence. The library also features webinars on how to seek help after gender-identity-related violence and recovery advice for survivors. Donations that go toward research can be made through the National Resource Center on Domestic Violence website.
Lambda Legal

According to HIV.org, gay and bisexual men accounted for 69% of all HIV diagnoses in 2018 the US. Lambda Legal is a national organization that fights for the civil rights of the LGBTQ+ community living with HIV or AIDS. The group gets involved in litigation, creates educational campaigns, and advocates for public policy reform. Lambda Legal's website offers information on LGBTQ+ rights and current cases they are working on. In addition to volunteer work, you can support Lambda Legal through donations.

According to a 2017 Trevor Project study, an estimated 10.5% of teens ages 13-18 identify as LGBTQ+. Gender Spectrum is an advocacy program that creates gender-inclusive environments for LGBTQ+ children and produces information for their families on how to provide healthy, supportive homes. The program offer online discussion groups for teens, parents, and grandparents, as well as webinars on understanding gender for caretakers. You can subscribe to Gender Spectrum's newsletter for more information, or donate to support their efforts to provide healthy households for LGBTQ+ kids and teens.